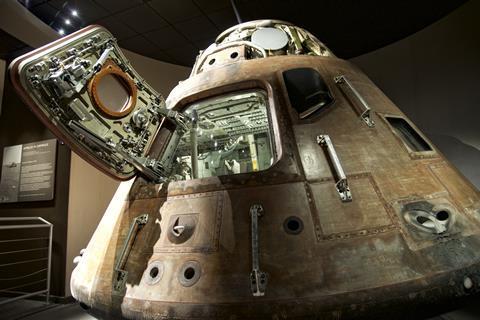 It is 1970 and Apollo 13 blasts-off successfully on the US’s third mission to land on the Moon. Two days out and 200 000 miles from Earth, an oxygen tank ruptures, damaging other tanks and the spacecraft’s electrical system in the Command Module (CM) prompting the crew’s immortal lines ‘Houston, we’ve had a problem’. For the three astronauts, the mission now is to return to Earth safely. Hollywood tells the story in the film Apollo 13, where Tom Hanks plays commander Jim Lovell.

It appeared that a heater and stirrer in the CM’s oxygen tank did not turn off correctly and created the explosive pressures which lead to the accident. Fortunately the tank exploded out into space rather than into the spacecraft. However, this meant the astronauts were now in a critical situation as the CM could no longer maintain a clean air supply. The crew moved into the Lunar Module (LM) and used its resources as a ‘lifeboat’. Without this option they would almost certainly have died.

Mission Control at Houston considered all of the possible flight plans and combinations of engine firing which could bring the astronauts home safely. The best option would still take four days… The LM was designed to support two people for two days on the moon, not three people for a four day trip home. This meant they had very limited electrical power, heating and drinking water, which must be conserved. They had enough oxygen for the trip but the critical issue was carbon dioxide.

Normally about 0.04% of air is CO2. As the level of CO2 rises, it causes our respiratory rate to increase. High levels of CO2 can lead to headaches, confusion and eventually loss of consciousness.1 About 3% of expired air is CO2, so in a small space such as the LM, the levels will quickly rise.

The LM used cylindrical canisters of lithium hydroxide (anhydrous) in the air circulating system as scrubbers to remove the excess CO2 (lithium carbonate and water are produced) and keep the air clean.

However, there were not enough spare canisters in the LM to support the crew for four days. The CM had an adequate supply but these units didn’t fit the equipment in the LM as they were the wrong shape. The crew had to ‘lash-up’ a device to solve this problem using a space suit hose, cardboard, tape and the extra canisters.

After a nail-biting blackout period as the lunar module re-entered the Earth’s atmosphere, the LM and her crew splashed-down safely in the Pacific Ocean. Despite the complex trajectory calculations, engine firing and computer problems on the way home, the crew ultimately survived due to the little canisters of LiOH.