From ground to tap 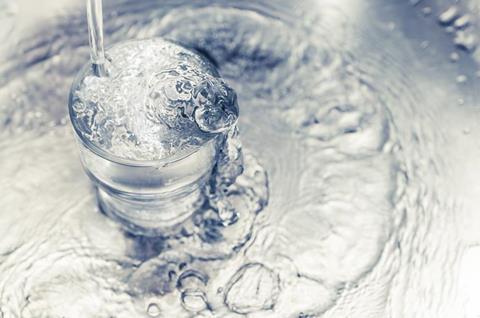 ChemNet, the Royal Society of Chemistry’s network for 14–18 year olds, organised two events last year to inform students about the role of chemistry – and chemists – in the treatment of drinking water. The first was a tour around Affinity Water’s water treatment works in Bushey, Hertfordshire, UK. The second was a visit to the company’s laboratories in Staines-upon-Thames, Middlesex, UK. Both events included talks about careers for chemists in the water industry.

‘The use of chemistry in the water industry is widespread,’ says Richard Lake, process engineering science manager at Affinity Water. ‘However, it’s not just using chemistry to treat the water which is important, but also understanding the chemistry of emerging pollutants and how the water can be made safe.’

Affinity Water supplies 900 million litres of drinking water daily to 3.5 million people based in north-west London and the home counties. Their customers live in the London boroughs of Harrow, Hillingdon, Barnet, Brent, Ealing and Enfield, and in parts of Bedfordshire, Berkshire, Buckinghamshire, Essex, Hertfordshire, Surrey, Essex and Kent.

60% of the tap water Affinity Water provides comes from groundwater. This water has filtered down through soil and rock layers, and may have been there from between two years and 60 million years. From here it is pumped out, through boreholes, and taken to a water treatment works such as the one run by Affinity Water in Bushey.

The works at Bushey were built in 1954 and are supplied by eight sites, some with multiple boreholes, situated along the Colne Valley in Hertfordshire. On an average day 118 million litres of water pass through these water treatment works, but it can increase to 160 million litres.

The first step in the water treatment process at Bushey is to disinfect the water using ozone. Ozone kills bacteria and viruses as well as breaking down any organic matter into smaller molecules. The machine used to produce the ozone operates at a very high voltage: 11,000 V. It contains multiple 3 m long glass tubes containing electrodes, which produce controlled lightning. This lightning turns the liquid oxygen (O2) into ozone (O3). The huge tank of liquid oxygen at the works is kept at –185°C – so cold that it has ice coating its outside pipes.

The ozone enters the tank holding the water needing treating in a vortex. The water stays in this tank for seven minutes. There is a vacuum above the water level and any excess ozone is converted back into oxygen using thermal destruction to prevent it being released it in to the environment. Sodium hydrogensulfite is also added to remove ozone.

After treatment with ozone, the water is transferred into large, 3 m deep tanks containing 1.25 m of activated carbon at the bottom. The total surface area of the activated carbon is huge as just 2 g of activated carbon has a surface area the size of Wembley Stadium football pitch. Van der Waals forces attract dissolved substances onto the carbon and remove impurities via adsorption. The carbon retains micropollutants such as pesticides and the bits of organic matter that were broken down by the ozone. The water passes through the carbon and takes around 15 minutes to do so. Every five years the activated carbon is removed, taken away and regenerated by heating it to a very high temperature and washing with acid. It is estimated that the carbon itself will last for 25 years.

Carl Rogers Darnell was a US Army medical surgeon and chemist. In 1910 he developed a ‘chlorinator’ to purify water for troops in the battlefield by dosing it with chlorine gas. Similar technologies are still in use today. 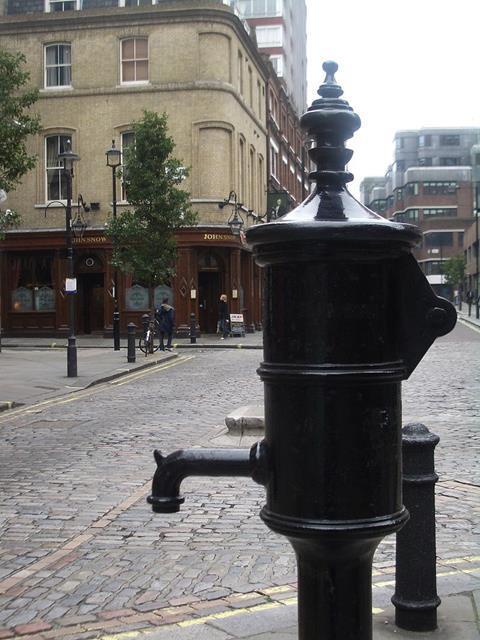 The next stage is the addition of chlorine to prevent the growth of disease-causing pathogens. Cholera, typhoid fever and dysentery killed countless people before disinfection methods were employed routinely to water treatment. In 1854, John Snow proved the link between cholera and contaminated water in the Soho area of London from the now famous Broad Street pump.

Chlorine bleach was first added to municipal drinking water in 1897 in Maidstone, Kent. When the Bushey works were first built, chlorine gas was used to chlorinate the water. The buildings were on the flight path of Heathrow Airport, so the chlorine tanks had to be able to survive the impact of a 747 crash, as any release of chlorine would have been extremely dangerous. Chemists have now worked out safer ways of producing chlorine.

When chlorine is added to water, hypochlorous acid (HOCl) is generated and it is this that does the disinfecting. The process works best at lower pHs, as in a more alkaline environment the hypochlorus acid dissociates to hypochlorite (OCl–). This is a less powerful disinfectant. The effectiveness of the chlorination process also depends on the water temperature.

The clarity of the water – its turbidity – is also checked. The fewer particles present in the water, the clearer it appears and the lower the turbidity. This is assessed by passing light through a sample of the water and then measuring how much light is deflected. It is an important parameter because particles can shield bacteria from the effects of the disinfectants and consumers expect their water to be clear and bright.

At this point 15 years ago, the water from Bushey would have gone directly to houses and industries, but then the parasite cryptosporidium was identified in the water entering the site. Previously it was thought to only be an issue in works that treat surface water – as the parasite normally comes from faeces – and Bushey is a groundwater only site.

In 2000, a state-of-the-art ultrafiltration plant was installed at Bushey and the works became a world leader in removing cryptosporidium. This changed water treatment worldwide and many people have come to the Bushey works to look at this plant with a view to installing their own. Inside the ultrafiltration plant are long, filtering polymer ‘straws’. Water is forced through these straws under pressure and bacteria and oocysts (protective capsules containing cryptosporidium spores) remain trapped on the outside. The equipment is washed every 45 minutes and replaced every 10 years. There is £10 million worth of equipment in the ultrafiltration plant alone. The clean water then goes to the storage reservoir and then into our homes.

The Affinity Water site at Staines-upon-Thames contains another water treatment plant: the Egham works. The water treated at this site is Thames river water (rather than groundwater) and so treatment starts with coagulation and flocculation, followed by filtration to remove any solid particles. This is followed by ozonolysis, and the remainder of the process is similar to that used at Bushey. There is no ultrafiltration at Egham. 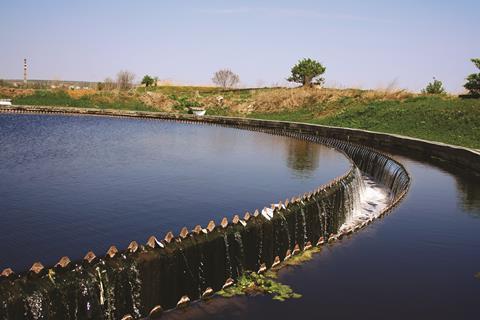 The Egham plant treats water from the river Thames, so the purification process uses some different techniques

Affinity Water carries out all of its water quality testing at its central laboratory in Staines-upon-Thames. The laboratory has a floor area of 20,000 square feet and houses 33 laboratory staff consisting of 15 chemists, 10 microbiologists, three quality control scientists, two sample reception technicians, three management/admin staff and 23 samplers out on site.

The laboratory operates 24 hours a day, 365 days of the year. Over 50,000 individual water samples are collected and tested annually, with 600,000 individual analyses carried out each year for 200 individual contaminants. Many of these tests are on a 24 hour turnaround.

Tests include looking for biological organisms (for example E coli, enterococci and coliforms), chemical substances (including pesticides, hydrocarbons, solvents, metals and organophosphates) and physical properties (for example pH, colour, taste, turbidity and electrical conductivity). The most common metals found in water samples are copper and lead from water pipes and inorganic and organic particles contribute to the turbidity and colour of water.

So next time you go to the kitchen tap, raise your glass to all those chemists working behind the scenes to ensure you have a safe, clear and refreshing drink.

In 36BC the Roman scholar Marcus Terentius Varro advised his contemporaries to avoid marsh and swampland ‘because there are bred certain minute creatures that cannot be seen by the eyes, which float in the air and enter the body through the mouth and nose and there cause serious diseases’.