Fuel cells: would they blow up an ‘eco’ hotel? 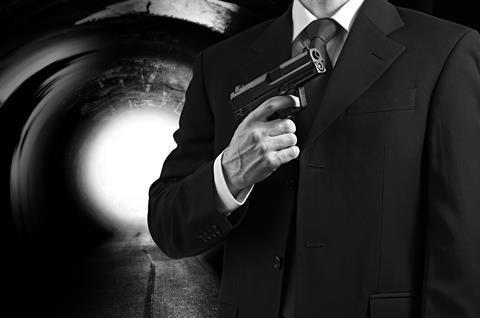 In the Bond film Quantum of Solace, a dodgy South American dictator, General Medrano, is negotiating a deal with the evil Dominic Greene who wants to take control of one of the biggest sources of fresh water in the world. The secret deal is signed in a hotel in the middle of the Bolivian desert. This state-of-the-art ‘eco’ hotel is powered by fuel cells. There is a scene where the general is discussing the merits of the beautiful hotel and jokingly asks if the fuel cells are safe. Meanwhile Bond finds out about the secret meeting and in an action-packed series of events puts an end to the plot and destroys the hotel by blowing up the fuel cells. So how do fuel cells work, are they dangerous and could they blow up a hotel?

A fuel cell is an electrochemical device that produces electricity from the reaction of a fuel (on the anode side) and an oxidant (on the cathode side). There is great interest in using hydrogen as a ‘green’ fuel for fuel cells since its reaction with oxygen (air) only produces water as waste. Hydrogen can be made from hydrocarbon fuels but unfortunately CO or CO2 are often produced in the process, and CO2 is a greenhouse gas. However, solar cells can be used to provide electricity to split water into hydrogen and oxygen in a process known as electrolysis.

Fuel cells are ideal for remote locations and where a non-polluting energy source is required. For example, they have been used to great effect in the space flight programmes where the H2 and O2 rocket fuel can be converted directly into electricity and also water. Unlike a battery, which has to be recharged regularly, a fuel cell can produce electricity so long as it has a fuel supply.

Going back to the film it appears that there are several fuel cell units powering the rooms of the hotel. It’s not clear if each of these units has its own hydrogen fuel tank or if they are fed by one large tank. In this remote location, in the sunny desert, solar cells could be used to electrolyse water to make hydrogen which could be stored in tanks for the fuel cells. If these tanks were ruptured the hydrogen would vent into the air producing a highly explosive mixture.1

The minimum ignition energy for H2/O2 mixtures is very low (0.011–0.017 mJ), about a tenth that of other fuels such as methane (ca 0.3 mJ) or petrol (ca 0.8 mJ). Even small electrostatic sparks from certain types of clothing can cause an explosion. Also the range of H2 concentrations that can explode and even detonate is extremely wide, much wider than almost any other fuel.1

At one point in the film a car smashes into a fuel cell unit which starts a series of explosions to propagate around the whole complex that eventually cause the destruction of the hotel. So based on what we know about fuel cells what we see unfolding in the film looks plausible, but perhaps only if the hotel design was so poor that a chain reaction of hydrogen tank explosions could occur. One thing is for sure, any survivors of the devastation would have had major hearing problems afterwards.

Did you know that it was British scientist Sir William Grove who discovered the principle on which fuel cells are based? In 1839 he observed that after switching off the current he had used to electrolyse water, a current flowed in the opposite direction – produced by the reaction of H2 and O2 which had been adsorbed onto the platinum electrodes.