Archeologists and chemists have teamed up to preserve York Minster 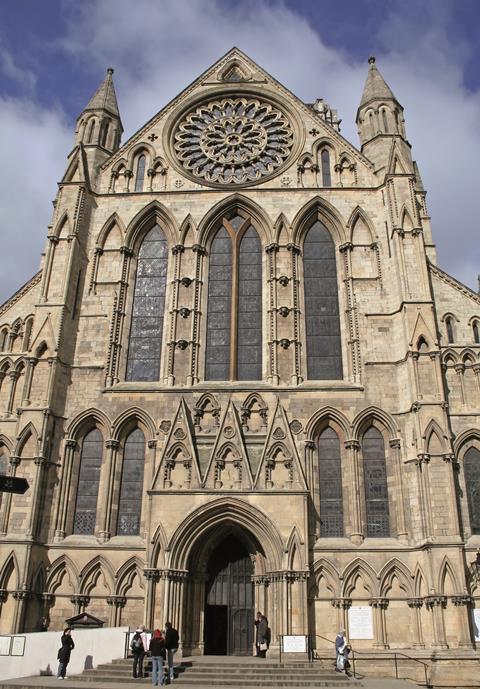 York Minster, the 15th century limestone cathedral, has over the centuries suffered much erosion as a result of weathering and pollution. During this time restoration work has been done, some of which has been more successful than others. Now, in what is the latest phase of such work, archaeologists from the University of York have teamed up with chemists from the University of Cardiff in an attempt to restore the east front of the cathedral.

By using a range of X-ray techniques, the chemists are providing detail on the microscopic composition of the limestone, historical mortars and the decay products. This information should give the conservators the edge when it comes to deciding how to treat the stone, and importantly should ensure that in their efforts to preserve history they do not cause further damage.

In contrast to intact sections of the limestone, the chemists, led by Dr Karen Wilson, found that the decayed areas comprised high levels of calcium sulfate (gypsum). She told InfoChem, ‘This probably originates from the industrial era when there were high levels of sulfur dioxide in the atmosphere, though it could also be something inherent in the stone. The results importantly indicate that any building materials used to restore the stone should have low sulfate content’. Some of the mortars that were used in the past, Wilson explained, contained high levels of sulfate ions, which washed into the stonework and led to decay.

The limestone used to build York Minster is dolomite – a mixed calcium–magnesium carbonate (CaCO3.MgCO3). The stone has a rich cream colour and is easy to carve but is also vulnerable to decay. Wilson pointed out that the dolomite used contained trace amounts of certain catalytic impurities, such as iron, which would speed up the decay process.

The chemists are also closer to understanding a phenomenon that has bugged archeologists for some time, ie the faces of stone that experience the worst decay are in sheltered areas, while the most exposed areas don’t tend to weather as much. Wilson explained, ‘One of the properties of calcium sulfate is that it is sparingly soluble, so surfaces that are exposed to rain will have the salt washed off, but in sheltered regions the salt can accumulate and crystallise out, which kicks off the decay mechanism’. This information is relevant to the current work since the east face is now covered with scaffolding, which is expected to stay up for between five to 10 years.

What will be used to treat and repair the limestone will depend on the results of the analytical work done by the chemists. However, this is likely to take the form of a surface coating that can be washed off and eventually replaced.

The chemists are using X-ray diffraction to confirm the structure of crystalline compounds and X-ray absorption spectroscopy to look at the structure of any amorphous compounds present, such as silicates. They are using X-ray electron spectroscopy to look at the composition of surface- specific species. The latter technique has the advantage that it also provides information on the element’s oxidation state.