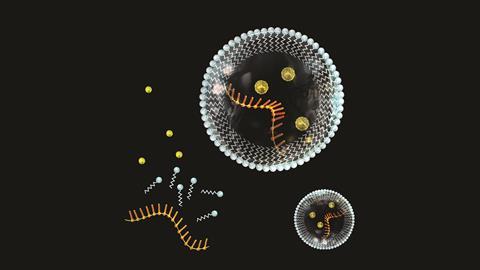 The origin of life

How did molecules turn into living organisms? Paul MacLellan investigates

If I were to ask you to think of something living and something inanimate, you would probably be thinking of two very different things. There’s a gulf of complexity between you and the chair you are (perhaps) sitting on, between a mountain and the tree growing on its slopes. 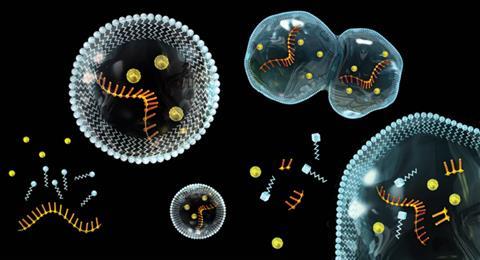 But despite the complexity of life compared with the relative simplicity of inanimate objects, if we zoom in on the line that divides the two, we find it’s blurrier than our macroscopic world suggests.

Viruses, for example, are distinctly biological. They have a genome and a protein capsid. Some are even enveloped in a lipid membrane. And they evolve, just like living organisms. But they are not alive. Well, most biologists agree they are not alive – it really depends where you draw the line. Viruses can’t self-replicate – a key feature of living organisms – they require a host cell to do the work of replication for them.

This blurry line has fascinated chemists for decades. You see, somewhere in Earth’s history a collection of barely inanimate molecules crossed that threshold and became a living organism, and we want to know what it looked like and how it came into existence.

The features of life

Solving the problem of the origin of life is very much a problem of chemistry. How did complex systems of chemical reactions on the prebiotic Earth lead to living organisms? But to tackle it, we need to start from a philosophical point of view and define some of the functions an organism needs to be called living.

First of all, an organism needs to be discrete, organised and able to maintain its internal environment. So it needs compartmentalisation – a cell wall in modern biology, or something very much like it.

The organism also needs to grow. In chemical terms, we can broadly define this as metabolism – a system of chemical pathways that turn external resources (food) into energy (catabolism) and new components of the organism (anabolism). 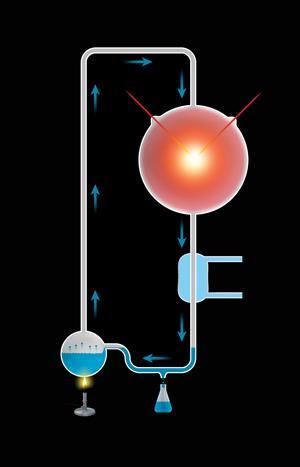 And lastly, as we’ve already seen, a living organism needs to reproduce, or, at the molecular level, self-replicate. We can divide the process of self-replication into two functions: the means to self-replicate and the information that needs to be replicated. In most modern organisms these roles are carried out by proteins and DNA.

The search for the chemical origin of life began in 1952 when Stanley Miller, a chemist at the University of Chicago, US, first tried to test how biological molecules could have been made on the ancient Earth. In his famous experiment, Miller, along with Harold Urey, simulated the atmosphere of the early earth with a mixture of water, methane, ammonia and hydrogen. To provide an energy source, they simulated lightning by producing a spark in the gaseous mixture.

After running for just a week, this simple experiment produced a host of organic and inorganic molecules, including most of the amino acids we see in biological proteins.

At the time, proteins were viewed as the main component of cellular systems. The experiment showed for the first time that a ‘primordial soup’ model for life’s origins, where complex systems of reactions led to the synthesis of ever more complex molecules, might be more than speculation.

The rise of the nucleotide

Just a year after Miller and Urey’s experiment, Francis Crick and James Watson published the structure of DNA. This soon led to new theories of life’s origin. Watson and Crick realised that life’s genetic code – the code that defines the function of all biological systems – was tied up in nucleic acids, polymers of nucleotide units. Perhaps life could have begun here, with DNA’s precursor, RNA?

RNA could provide the information storage needed to bootstrap the first living organisms, but there was a problem. The synthesis and replication of RNA is carried out by protein catalysts – but the structure of the proteins is encoded by RNA. How could one precede the other?

Leslie Orgel at the University of Oxford, UK, was among the first to propose a solution. RNA can do more than store information, it can also catalyse the chemical reactions needed to make itself. A new theory was born, later dubbed the ‘RNA world hypothesis’. Perhaps short sequences of RNA in the primordial soup could have catalysed the synthesis of identical sequences – they could self-replicate. In time, through slow evolution and building up of new functions, the information carrying role of RNA would be taken over by the more stable DNA, and the duty of replication taken over by more catalytically versatile proteins.

The RNA world hypothesis received a huge boost in 2009. Matt Powner, a chemist at University College London, UK, then working at the University of Manchester for John Sutherland, was part of a team that showed how RNA nucleotides could be made from very simple molecules likely to be present in prebiotic conditions.

This was no small feat. Ever since the early days of the RNA world hypothesis, chemists have been scrambling to build RNA from simple building blocks, but had never been successful.

‘There was a lot in the literature saying that this is impossible, that you can’t make the nucleotides,’ says Matt.

‘They looked at the nucleotide and saw that it was built of three parts: a phosphate, a ribose sugar and a nucleobase. The parts are constitutionally different, so people separated them along those lines.’

The synthesis looked logical, chemists tried building the three parts and then couple them together.

This was the approach taken by Orgel. He found he could make one of the nucleobases, adenine, but only as a minor component of a mixture. He ploughed on, attempting to couple a sugar to the nucleobase. ‘It worked a little bit for adenine, but not at all for the other nucleobases,’ says Matt. ‘Coupling nucleobases to sugars is difficult, even in a lab using protecting groups and coupling agents.’

Orgel also tried making the ribose component, but always ended up with a mess. The reactions involved produced a large number of compounds where the ribose he was looking for was a tiny component of the mixture.

The Manchester team’s solution was to build the structure of the ribose and nucleobase at the same time. Using just cyanamide, glycolaldehyde and glyceraldehyde they were able to show that a fused ring system containing all the atoms needed forms quite easily under plausible prebiotic conditions. Then, by breaking one of the bonds of the ring system, they had accomplished what Orgel hadn’t, a coupled ribose and nucleobase.

Just adding a phosphate completed the nucleotide. It was the first time experimental evidence of the plausible formation of RNA in the primordial soup had been found.

While the RNA world hypothesis focuses on replication, alternative theories of the origin of life have emphasised the role of defined, self-sustaining systems of ordered chemical reactions. There are many metabolism-first ideas, but the iron-sulfur world is the most prominent.

First proposed by Günter Wächtershäuser, the iron-sulfur world model suggests that iron sulfide mineral deposits near deep-sea hydrothermal vents could catalyse complex sequences of reactions, driven by the energy from the vents. The development of these reaction systems would, in time, lead to life.

‘This is a historical artefact of the field,’ says Matt. ‘At least, I hope it will be. The way the field has developed has led researchers to set up camp in their own area and try to come up with an origin theory completely within their field.

‘That’s not to say there aren’t some very good ideas in different theories. I think it’s more likely that, instead of just one complex component arising first, several different components providing different functions would have come together to start the process of life.’

Last year, John Sutherland, now at the University of Cambridge, reported the first experimental evidence to back up Matt’s hunch.

John’s discovery was that lipids, amino acids and nucleotides – most of the fundamental cellular components – can all be made from just hydrogen cyanide, hydrogen sulfide and a few other simple molecules. These compounds were almost certainly very abundant on the early Earth. The conditions for these reactions were also very plausible, needing only ultraviolet light. The process can even be catalysed by copper, similar to the ideas proposed in the iron-sulfur world hypothesis.

Describing a complicated diagram of a system of reactions from the paper, ‘That’s my point in one scheme,’ says Matt.

The picture that emerges suggests that most of the molecular components we see in cells today were available in prebiotic conditions. Specific nucleotide–protein complexes may have been able to auto-catalyse formation of molecules identical to themselves. Lipids would form micelles, encapsulating other bioprecursors. Slowly, over millions of years, organised systems of contained reactions may have gained the ability to grow, and maybe self-replicate.

So what does Matt think that first organism looked like? What components were present, and what functions were they performing?

‘That’s a super difficult question to answer, and, honestly, I don’t know. But I think you need compartmentalisation, and lipids seem like the simplest way to get that. And you need something that can be replicated – that’s probably polymeric, like a nucleic acid. The question then is, what do you need to sustain replication? You need to keep building the nucleotides and lipids, so you probably need amino acids. So I think most of what we now call biology was there.’

But even if we can determine the molecules present at the beginning of life, we’re only a small part of the way there. The presence of biological material doesn’t mean something is alive.

‘Even if I gave you all the components of a cell, you couldn’t just shake it up and have life,’ says Matt. ‘We still don’t have any clue about how you get from just a mixture of the components of life to the level of molecular cooperation you need for the mixture to be alive.

‘How can we assemble the compounds into something that functions? That will be the real challenge.’

We’re only starting out on that journey, but Matt is convinced we’ll one day be able to make a living organism from scratch. ‘Is there anything more interesting, exciting and fundamental to our understanding of our world than our origins and the potential for that origin to be replicated on other planets? Mastering this, has untold potential for the control of chemistry and materials. It is too big to ignore, so someone will achieve it one day.’

Paul MacLellan is deputy editor of Education in Chemistry