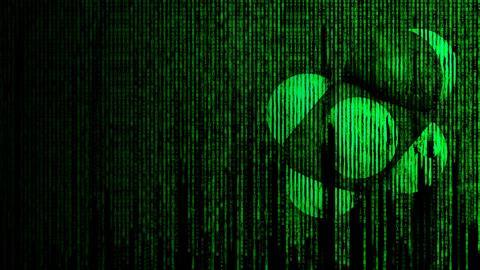 The rise of molecular modelling

Chemistry isn’t what it used to be. There was a time when things were, some might argue, simpler. It was practical, wet, occasionally dirty and sometimes smelly. Now, a large group of chemists are exchanging the 8-hour lab sessions for screen marathons, not working with chemicals but simulating them. The rise of molecular modelling is changing the face of chemistry in exciting new ways, which could present both opportunities and challenges to the chemical sciences as a whole and to chemistry education.

Molecular modelling has been called the fourth axis of chemistry – it lies somewhere between theory, observation and experiment. At its core are attempts to describe the state and behaviour of molecules through computer simulations – a fundamentally different approach to the rest of chemistry. For Carmen Domene, a computational chemist at King’s College London, it is also a way to see chemistry from a completely new angle: ‘The computer is a microscope for things that other techniques can’t see,’ she says, paraphrasing the great computational biophysicist Klaus Schulten, who passed away in 2016.

Swift and simple or slow and steady?

Simulations are like calculated pictures of atoms and molecules, sometimes at a moment in time, sometimes over a dynamic range. This time dimension, along with size, mostly determines what type of simulation you can use. ‘If you want to try to model some particular situation, you have to bear in mind the [size] of your process, and the timescale,’ says Carmen. ‘The system might have one atom or one million atoms. You will have to choose which kind of technique is appropriate for what you want to model and what you want to understand.’ This means we can roughly divide the field into two halves: molecular mechanics and quantum chemistry.

Molecular mechanics is the classical physics approach and is therefore arguably more intuitive. ‘The atoms are represented like balls with a particular mass and a particular charge and they are linked to each other with springs,’ Carmen explains. A computational chemist will then calculate the energy of a molecule based on a function that includes energy terms related to bonding and non-bonding interactions – a function futuristically named the force field. ‘Then you can use Newton’s laws of motion and Hooke’s law to study a dynamic system,’ Carmen says. ‘You can generate movies of how the particles evolve with time. But with that approach, you can’t understand chemical reactions.’

This is where the shortcomings of molecular mechanics start to show: it is a quick and efficient method but it is simplified and lacks accuracy. The other approach, quantum mechanics, makes up for this with its rigour. Leaving the simplistic ball-and-spring system behind, quantum mechanistic methods are aimed at solving Schrödinger equations, allowing scientists to study electronic structure and the details of bond making and bond breaking processes. Unfortunately, it is also very computationally intensive. ‘If we go to really large systems, like reactions taking place within proteins, you have a system with one hundred to one million atoms,’ Carmen says. ‘You can’t really use quantum chemistry with those large systems.’

As computers continue to improve, they’re capable of calculating even larger parts quantum chemically, but this isn’t necessarily the joyride it would appear to be. ‘We have better and better computers, but the problem we have now is the data,’ Carmen says. ‘We don’t have the storage, and when we try to analyse the data, it takes a long, long time.’ This issue isn’t limited to chemical fields. In fact, if anything is going to put a spanner in the works of the computational revolution, data could be it. ‘The bottleneck is the amount of data we produce and how to store it,’ she says. Luckily she adds: ‘But you don’t really need quantum for all the calculations we do.’

Clearly, the optimal method would be one that combined the speed of molecular mechanics and the accuracy of quantum mechanics. A massive step towards this was achieved in 1976 when two scientists, Arieh Warshel and Michael Levitt, published a paper about enzymatic reactions that outlined a new, powerful tool named QM/MM. ‘Imagine you are on top of a bridge over a motorway, and you can see the cars passing. If you use quantum chemistry, you just take a picture of one of these [cars passing],’ Carmen says. ‘But what [Warshel and Levitt] were able to do with this technique, was to see all the cars going past, one after the other. They used Newton’s laws of motion so you can see what happens in time, but the description of the system was quantum.’

Here, the most important part of the system under investigation, where actual chemistry takes place, is handled by quantum chemical calculations while the rest of the system is dealt with by molecular mechanics. By doing it this way, Warshel and Levitt were able to simulate a much larger system in a computationally efficient way. This was so groundbreaking they were awarded the 2013 Nobel prize in chemistry, along with Martin Karplus, who had distinguished himself in almost all types of molecular modelling, most notably in the molecular dynamics of biological systems. According to Carmen, the advantages of the approach are obvious. ‘In some systems, the environment is very important and you have to include it in your calculations and that’s why you need QM/MM,’ she explains. ‘Where the reaction takes place, you describe it in a quantum chemistry way, and then you see the rest of the environment classically.’

Molecular modelling has, since its first implementation, proved to be immensely useful, particularly where chemistry overlaps with molecular biology. Simulation is a great way to study intricate biological problems like protein folding, enzyme reactions and conformational change. But it also finds great use in core chemical subjects. Natalie Fey, computational chemist and lecturer at Bristol University, is using computational methods to study organometallic catalysis. ‘Energetically a lot of catalytic cycles are very, very finely balanced. So what I’m interested in is whether we can use computational chemistry to support that process, but in the longer term also get ahead of it – to be able to predict what the best system is for a given reaction.’

She outlines three main ways in which computational methods can complement synthesis.

Firstly, it allows a more quantitative approach. Take characterising and comparing ligands on a transition metal catalyst for example. ‘You might say that chemists do this all the time by just looking at structures, and that’s absolutely true. What we can do by adding the computation is to make it quantitative. Instead of just saying “they look different”, we can actually say “they’re different by x amount”,’ she explains.

A second factor is predictability, which can avoid months of trial and error in the lab. ‘We can try to predict barriers to reactions,’ she says, ‘and we can see how a change to the catalyst can change those barriers. That is something that is very, very hard to do synthetically, but it’s our bread and butter computationally.’

And finally, there’s the issue of transition states. ‘Computational chemistry is really the only way to observe transition states in chemical reactions – they cannot be directly observed experimentally,’ Natalie explains. ‘By actually allowing us to plot reaction energy profiles, not only can we compare processes in terms of whether they’re thermodynamically favourable, but also whether they’re kinetically favourable.’

For anyone who’s ever taken a mechanistic organic or inorganic course, that should impress – and chemistry as a field certainly is impressed. ‘We really cannot satisfy the demand people now have for adding computational studies to their synthetic work,’ she says. ‘If you look through the literature now, there are more and more studies, and it’s being demanded by referees as well. They’ll say, “Ok, so you’ve come up with an idea about what the reaction mechanism might be, but can you prove it? Can you support that suggestion by running some calculations?”’

Worth a thousand words

It’s clear that computational chemistry has reached maturity within the chemical sciences, but that does leave some questions for educators. Should it be taught in school and in more undergraduate courses, and if so, how? Alan Shusterman, computational chemist and professor of chemistry at Reed College in Oregon, US, says it’s difficult to find the room even if you think it’s important. ‘From a teacher’s perspective, they don’t necessarily see how to make it work. Where would computers go in the lesson plan?’ he explains. ‘It’s a challenge for me, too, to find room in a very crowded curriculum.’

One trick might be to incorporate modelling methods into other topics that are already taught, not unlike how computation is being used outside purely computational research. ‘Computation is permeating all kinds of research now, so many experimental papers have computational components,’ Alan says. ‘Students in my organic chemistry class are working with molecular models and electronic structure models as part of their laboratory experience. They learn how to build models, how to predict the energy of different conformations of molecules and how to predict NMR and IR spectra.’ That way, students are exposed to molecular modelling while practicing their existing chemical knowledge.

In fact, using computation and modelling provides a great opportunity for teaching students, according to Alan. ‘Their [gained] skillset directly translates into being a chemist. I emphasise graphics a lot, so they’re seeing things they otherwise would only have explained to them using words or through mathematical equations,’ he says. ‘It’s about trying to make concepts real. How do molecules move? How are electrons distributed? How do molecules stick together? I can show them a picture.’

He also stresses the exposure gives them the ability to interpret computational data and results in a meaningful way. ‘Part of my advanced course is reading papers and discussing them because I know students want to understand that kind of language.’

Despite the advantages of modelling in chemistry education, there are also challenges. In the English AS- and A-level curriculum, while there’s a big focus on the students’ practical and mathematical abilities (with good reason), computer skills aren’t mentioned, despite a big push recently to introduce schoolchildren to computing and coding. As such, for chemistry students starting university, computational methods might feel a little out of place. ‘Most students don’t come to it thinking “oh yes, this is a natural part of chemistry”,’ Alan explains. ‘Some look at it and think, “This doesn’t contain the features of chemistry that drew me to the subject”.’ This bias can of course also work in the opposite direction – students who don’t particularly like laboratory work but enjoy computational work may not realise chemistry could still be for them.

Regardless of how the chemistry education field decides to handle computational methods and molecular modelling, it appears these tools are here to stay. A 2012 report from Goldbeck Consulting explains that the number of publications and the citation impact in simulation and modelling have grown faster than the science average – and that was five years ago. Currently, it is hard to imagine that development halting.

And while there are undoubtedly challenges to bringing molecular modelling into education, these challenges are hardly unique to modelling, but rather general for all new scientific approaches. And maybe the strengthening of computation in education will result in not just better computational chemists, but better chemists in general.