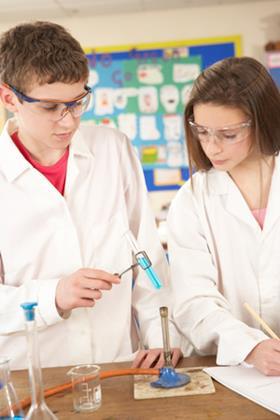 I have just a couple of thoughts in response to Peter Borrows' recent Endpoint, What is practical work?.

If investigation is taken to mean the research approaches of scientists that comprise experimental, descriptive (correlational and/or observational studies, including modelling systems using computer simulations developed from collected data), a combination of the former two, or theoretical (ie mathematical computations), then investigations may or may not involve practical work.

I was interested to read in Chemlingo Peter Childs' account of hydrometers. However, he does not mention why William Twaddle (sometimes given as Twadell) invented his hydrometer.

In the 1820s, human urine was a valuable commodity. It was collected from the citizens of Glasgow who were paid for it by volume. However, those canny folk soon realised that this natural resource could be made even more profitable if it was diluted with water. Hence Twaddle's invention of his hydrometer, to ensure manufacturers were not buying 'a spurious and adulterated product'. At least, this is what I was told by my mentor, the late George Andrew, but I have not been able to find documentary evidence to support this. Can anyone help?

In his delightfully informative article on bromine in the series The elements John Emsley tells us that the element was discovered in 1824 when Antoine-Jerome Balard treated some brine residues 'with acid'. But only an acid with oxidising activity will be suitable. He could have used chlorine water (hypochlorous acid), but it is more than likely he used chlorine gas.

Indeed Pierre Louis Dulong (director of the École Polytechnic in Paris) says it was. In a letter dated 1826 to the Swedish chemist Jöns Jacob Berzelius, he writes:

But here is another piece of news ... it is a new simple body which will find its place between chlorine and iodine. The author of this discovery is M. Balard of Montpellier. This new body, which he calls muride [renamed bromine at the suggestion of the editors of Annales de Chimie (1826)], is found in sea water. He has extracted it from the mother liquor of Montpellier brines by saturating them with chlorine and distilling.1

Fuming sulfuric acid will liberate bromine from samples of rock salt rich in bromine ions. This was observed, also in 1824, by chemist J. R. Joss. However, he ascribed the red-brown coloration to the presence of selenium impurities in his sulfuric acid, so the honour of having discovered bromine falls to the young Frenchman. The story of the discovery of bromine is well told in Mary Elvira Weeks' book, Discovery of the elements, published in 1956.

I read with interest Peter Borrows' Chemistry trails on the formation of methane gas in swampy areas. Borrows comments that he is not certain of the nature of the oily film floating on the water. He suggests the film is the result of higher hydrocarbons.

Based on what I have learnt from a course for nature guides, the oily film is the result of the action of iron-digesting bacteria. The bacteria oxidise iron(II) to insoluble iron(III) salts, which form on the surface. When you throw a stick or a stone into the water the surface film will break up and not reform a closed surface again, which would happen in the case of hydrocarbon-based films.

The bacteria need oxygen to survive, which is why the film forms on the surface. Over time, the iron(III) salts form an orange-red deposit in the pools, which you can see in many ditches.

I think this is plausible, see for instance P. Younger, Chem. Br., 2002, 38(2), 32. It should be simple to test by collecting some of the oily film, acidifying and adding thiocyanate solution.