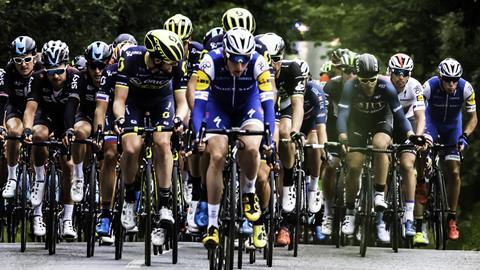 Acetylcysteine was originally published in Chemistry World as part of the Chemistry in its elements: compounds series.

Competitive cycling has a perceived problem with drugs. High profile incidents and accusations of doping, and at least one televised fall from grace, have soiled the sport with a reputation for being chemically enhanced. And so in 2011 the delivery of a mysterious jiffy bag to Team Sky at the French road race the Critérium du Dauphiné was always going to look suspicious – especially as it was kept a secret for nearly 5 years. Cue innuendo in the press and strongly worded denials of impropriety from all involved.

Clearly, it had been an important delivery – important enough for Simon Cope, the women’s manager for British Cycling, to transport it personally from Manchester all the way to south-east France. The jiffy bag was apparently being delivered to Bradley Wiggins and contained fluimucil, a trade name for decongestant drug acetylcysteine – a perfectly legal substance that is not on the World Anti-Doping Agency Prohibited list. They could have saved themselves the hassle – it is available over the counter in France – but Simon was travelling anyway, so perhaps this was simply the most convenient solution. 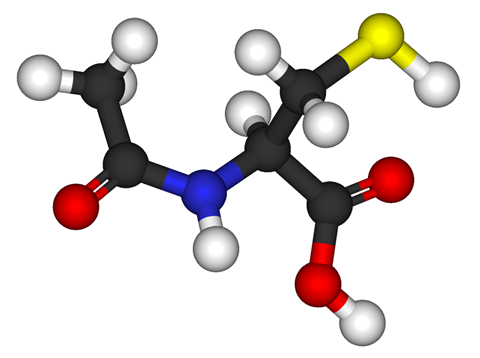 Acetylcysteine is a versatile thiol drug, but one of its other trade names – acetadote – hints at a common use. It is called on in critical situations when someone has taken an overdose of paracetamol, and it helps the body to break down and flush out the painkiller before it can do critical damage to the liver.

The problem with paracetamol is its breakdown products. One in particular, N-acetyl-p-benzoquinone imine, is usually broken down in the liver by the antioxidant glutathione, which conjugates with the compound and renders it safe. In an overdose, however, there’s simply not enough glutathione to cope, and the metabolite is instead free to interact with liver proteins, causing extensive damage. Acetylcysteine, given orally or intravenously, seems to maintain or even restore glutathione levels, or may provide an alternative neutralisation pathway – and thus protects the liver.

As glutathione is a general-purpose liver protectant, a Cochrane review – a meta-analysis that considers results published from clinical trials and in the scientific literature – has been proposed to see if acetylcysteine may be effective in treating acute liver failure even in the absence of paracetamol poisoning.

Acetylcysteine was patented in 1960, and just three years later medical doctors Stanley Stamm and Jack Docter presented results at the 87th semi-annual meeting of the North Pacific Paediatric Society on its use in 16 children with cystic fibrosis. Although they saw little impact with the most severe group, their progress with other groups led them to conclude that ‘acetylcysteine appears to be a useful mucolytic agent in the therapy of cystic fibrosis and is deserving of further clinical trial and evaluation.’

Half a century later, a Cochrane review collated those further clinical trials and evaluations, and summarised that ‘the trials included in the review did not provide any evidence that nebulised or oral thiol derivatives were either beneficial or harmful to people with cystic fibrosis.’ And so, if you hadn’t guessed, ‘further research investigating the effects of thiol derivatives in people with cystic fibrosis is required before their use can be recommended.’

Cystic fibrosis aside, acetylcysteine does seem effective at thinning and breaking down mucus. Many factors influence the viscosity of mucus, but the sulfhydryl group in acetylcysteine seems to be key to its mucolytic magic. This opens up disulphide bonds, reducing cross-linking and allowing the phlegm to flow.

As a result, it has found a use as aftercare for tracheotomy patients and in a range of conditions that involve thick, heavy mucus and affect the ability to breathe, including emphysema, tuberculosis, asthmatic bronchitis and chronic obstructive pulmonary disease, or COPD. In these situations, it’s often inhaled as a mist through a nebuliser, to get directly into the lungs.

Bradley Wiggins suffers from allergies and breathing issues, so it should be no surprise and no controversy that the team’s doctor would send a strong decongestant out to help clear their star cyclist’s lungs.

Except that may not be what happened.