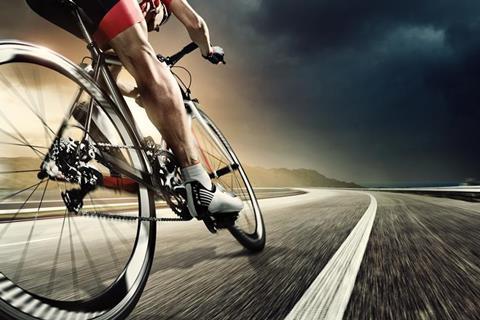 EPO has a dark side

Erythropoietin (EPO) is one of several natural hormones that scientists have been able to isolate, synthesise and use as a medicine. However, EPO has also been shrouded in controversy because of its abuse by athletes.

Erythropoietin is a protein with an attached sugar, ie a glycoprotein. EPO is produced by the kidneys and stimulates the production of oxygen-carrying red blood cells in bone marrow.

First isolated and later purified from urine in the 1970s, human EPO is a large protein molecule containing 165 amino acids, with four carbohydrate chains. By the mid-1980s scientists had identified the section of human DNA (gene) responsible for programming kidney cells to produce EPO. Several research groups then developed methods to combine this gene with DNA in cell cultures to provide a way of synthesising EPO in the lab. Synthetic EPO is used to treat patients suffering from low blood oxygen levels caused by kidney failure, cancer chemotherapy and drugs used to treat HIV infection.

Although synthetic EPO is used to improve the quality of life for many people with serious illnesses, the drug also has a dark side. Endurance athletes such as cyclists, runners and cross-country skiers have used EPO as a performance-enhancing drug. The drug is used to boost athletic performance by producing extra red blood cells to improve oxygen uptake and aerobic power. However, using EPO in this way can be fatal. The extra red blood cells thicken the blood and raise the risk of heart attacks and strokes. The deaths of some athletes have been linked to EPO since the 1980s.

With advances in testing procedures it is now easier to catch unscrupulous athletes. The World Anti-Doping Agency use a combined urine and blood test to detect EPO abuse. Cycling is now adopting a more organised regime of testing to catch drug cheats. Several competitors tested positive for EPO at the 2008 Tour de France and received lengthy bans from the sport.