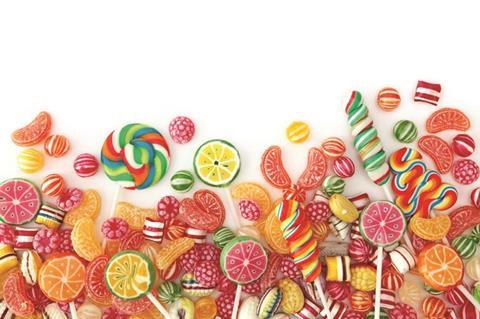 Do you have a sweet tooth? Do you crave cakes, sweets and sugary drinks? While these foods certainly won’t keep you on good terms with your dentist, they will mean that you should have plenty of energy, since sugars are some of life’s most universal sources of energy.

The term ‘sugar’ in a scientific context refers to a huge family of molecules, part of an even larger family known as carbohydrates. This generally means they are strings of carbon atoms bearing multiple hydroxyl, or OH groups.

Sugars are simpler forms of carbohydrates, typically containing three to six carbon atoms. The most common sugar is glucose, which has six carbons. It can exist as a straight chain, with an aldehyde group at one end, but is more commonly found in its cyclic form as a five or six-membered ring. The ring form is more stable, but in solution all three structures are present. The white, crystalline powder that we would commonly refer to as ‘sugar’ is more properly called sucrose, and is made up of two different sugars, glucose and fructose, joined together.

A source of energy

Life has evolved around glucose as its primary energy source. It is used by most organisms, from bacteria to humans. To extract the energy stored in glucose, it must be metabolised or processed. This is done by a series of enzyme-catalysed chemical reactions, the overall result of which is to convert the glucose into carbon dioxide and water, just like burning it would do. However, rather than the uncontrolled release of energy as heat and light that burning gives, metabolism produces adenosine triphosphate, which is the molecule used to transfer energy in biological systems. 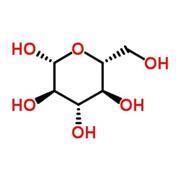 As glucose is such an important molecule, its levels within our body must be tightly controlled. Too little glucose in your blood (hypoglycaemia) can quickly lead to unconsciousness or even death, and excess blood sugar can be equally problematic. Blood sugar levels are controlled by two hormones, secreted by the pancreas. Glucagon stimulates the liver to break down glycogen, a polymer which acts as a store of glucose. Insulin has the opposite effect, and causes excess blood glucose to be stored up as glycogen in the liver and muscles. 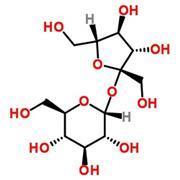 If your body fails to produce sufficient insulin, then you have diabetes. Type 1, or insulin dependent diabetes, means patients must inject themselves with insulin every day. To find out how much they must inject, they need to measure their blood glucose level, using a personal blood glucose monitor. The patient pricks their finger and soaks a drop of blood onto a paper testing strip, which is then inserted into the meter.

The strip is impregnated with an enzyme called glucose oxidase, which oxidises one end of the glucose molecule to form gluconic acid. This oxidation transfers electrons to an iron-based molecule – also absorbed in the paper – reducing it from iron(III) to iron(II). The amount of iron(II) can be detected electrically by the meter and converted into a blood sugar reading and an indication of the required dose of insulin.

Since glucose is the only form of stored energy that crosses the blood-brain barrier, it really is brain food. So the next time you feel the need to justify that extra bit of cake, have a good hard think – maybe about a difficult chemistry problem. You’ll burn off the calories in no time.

285 million people worldwide have diabetes, and about 10% of these are Type 1. Type 2 diabetes can be caused by a poor diet and lack of exercise.