After a chemistry demonstration sparks a fire that injures six, a county in Virginia halts use of open flames in science classes 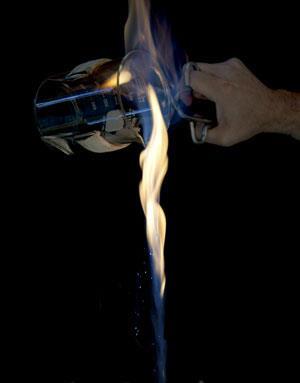 Five pupils and their teacher were injured in a methanol fire

A chemical experiment gone wrong has caused serious injuries to five students and their chemistry teacher at a suburban Washington DC, US high school. The accident on 30 October has led to some immediate policy changes.

A fire was reportedly sparked by the ‘rainbow’ demonstration that shows how different metals produce flames in different colours when mixed with flammable solvents like methanol.

During the class demonstration, there was a flashback to the methanol bulk container and the fire engulfed members of the viewing audience, according to the US Chemical Safety Board (CSB). Two of the students were airlifted to hospitals, and the school, which sustained $7500 (£5000) in damages, was evacuated.

On 2 November, Fairfax County Public Schools (FCPS) in Virginia, where the high school in question is located, suspended the use of open flames in its science classrooms until further notice.

FCPS superintendent Karen Garza has also launched a ‘thorough review’ of the FCPS science curriculum and an investigation of current guidance to FCPS science teachers. She will also require science safety updates from all FCPS high school science teachers by the end of the semester.

Not an isolated incident

This is just the latest of several accidents that have occurred around the US during lab or classroom demonstrations where methanol or other flammable liquids were used as a fuel for combustion.

In response to three such accidents over an eight-week period in 2014 that injured children and adults, the CSB issued a safety bulletin highlighting key lessons for preventing such incidents. The board also released a safety message featuring a young woman who was burned over 40% of her body during a similar chemistry demonstration at her high school back in 2006.

‘When performed safely, these demonstrations can be exciting and encourage students’ interest in chemistry,’ said CSB member Kristen Kulinowski, an expert in chemical and materials sciences. ‘Yet, many people, including teachers, are unaware of the dangers of methanol and other flammable liquids used in the classroom.’

The American Chemical Society’s Committee on Chemical Safety has also called on schools and teachers to end all ‘rainbow’ demonstrations involving methanol or other flammable solvents on open benches.

We have previously discussed safer alternatives for demonstrating flame colours of metals.