Avoiding detection: can you fool an infrared security camera?

In The Thomas Crown affair, Pierce Brosnan is Thomas Crown, a rich playboy who spends his time stealing priceless pieces of art. In one scene Crown steals a precious painting from an art gallery. The painting is in a room with thermal imaging (infrared) security cameras. These cameras image heat rather than light so they work well during the day or at night. Before Crown steals the painting he leaves a suitcase in the room containing a heater, switched on. He does this to raise the temperature of the room and swamp the sensitivity of the camera - producing a 'white-out' on the screens - which allows him to go about his business unseen. So can you fool a state-of-the-art thermal camera by using this trick? 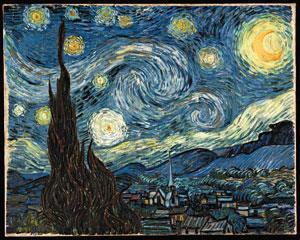 How easy would this really be to steal?...

Modern thermal cameras are sensitive to a wide range of infrared energy produced by the temperature of the objects around them. They give a false colour image on a TV screen that depicts the variations in heat energy coming from the objects in view. However, if you heat up everything to exactly the same temperature it won't necessarily make everything look the same on the screen. This is because different objects emit and absorb infrared radiation at different rates even if they are at the same temperature - it's called their emissivity. So the thermal camera records the heat they emit rather than their temperature.

Modern thermal cameras are very sensitive and will operate over a very wide range of intensities. So would it be possible to raise the temperature of the room by enough so that the thermal energy would be too great for the range of the camera and thus produce a white-out on the screen as seen in the film?

It is possible to produce an effect like this by carefully adjusting the setting of the thermal camera. I tried observing a person through the camera in a small room as the heater was turned up to maximum and I was able to create just such a 'white out' on the screen. But this was a deliberate attempt to try to produce this effect. In normal use the thermal cameras have such a wide response that this would never happen. Certainly not over the sort of temperature rise you would expect with a small briefcase heater in the centre of a large room.

Thermal cameras are usually set-up with what's called 'automatic gain control' (AGC) which automatically adjusts the camera sensitivity (gain) for any changes in the overall background. The AGC extends the useful range of the camera which will stop 'white-out' occurring.

So with a correctly set-up camera it would be extremely unlikely that such a simple stunt could work. Since the security team had several of these cameras around the room I think they would have been able to see exactly what the thief was doing and so catch him before he left the building.

The Creative Science Centre aims to stimulate enthusiasm and experience of science by providing ideas, resources and supervision to enable students to create experiments for themselves