Science is a torch we use to light our universe. We shouldn't put limits on where we point it 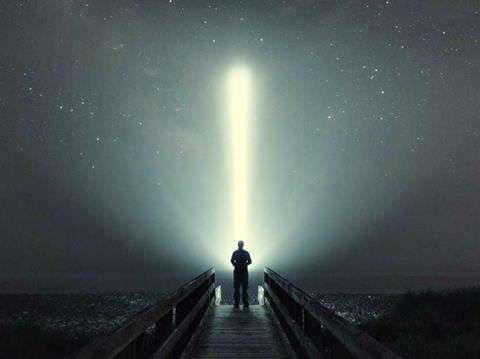 I was delighted at the news that this year's Nobel prize for chemistry has been awarded for the development of molecular machines. I was introduced to the world of catenanes and rotaxanes in 2009 in a lecture by David Leigh – a chemist who has built on the work of the laureates and taken the complexity of molecular machines to new heights in recent years. I was an impressionable and embattled PhD student at the time, and I came away from that lecture in awe of the chemists that could design and make such fascinating dynamic structures, particularly as I struggled to make much simpler, smaller, 'static' molecules. The whole field is a fascinating example of how understanding the behaviour of atoms and molecules can lead to incredible accomplishments.

But I was also surprised at the award. You see, we don't need molecular machines for anything. They haven't found an application that has made a mark on science or society – a common feature, almost a requirement, of Nobel prizewinning achievements. Not that they won't – they are machines after all – utility will drive their development beyond molecular curiosities, and most of us are just waiting for that killer application.

In the development of this area of chemistry lies a vital feature of science: we push the boundaries to learn more and reach higher not because we need to, but because we can. We know how to interrogate the molecular world in ways that allow us to replicate motors at the atomic scale, and in doing so we question our understanding of what a molecule even is. To what use we can put that motor comes later.

For education research – and maybe all social sciences – we have almost exactly the opposite situation. The complexities of neurology, genetics, demography, human relationships, psychology, etc make a scientific understanding of how students learn and how best to teach them an almost completely unattainable goal. There are too many variables, too many factors to control. We just don't have the ability to science this problem yet.

But the need to understand teaching and learning is huge. It's a problem we need to tackle, however falteringly. Smart educators and researchers push the boundaries not because they can, but because we need them to.

Earlier this year I gave a presentation at the ResearchEd Maths and Science conference. I was both honoured and baffled to have been invited to speak – I'm neither a teacher nor an education researcher, and have no authority to preach to either. So I spoke to some experts and told their story instead. I learned about how difficult it is to apply the results of education research in the classroom, and what all of us can do to bridge that gap.

It's perhaps this dichotomy between physical sciences and social sciences that makes many scientists, and science teachers, sceptical of education research. I really wish the stereotype of the scientist who thinks that social sciences aren't 'real science' was just a stereotype. I know too many chemists that embody it.