An introduction to the development of new drugs, well suited to undergraduates studying medicinal chemistry and the pharmaceutical sciences, particularly those at the beginning of their studies 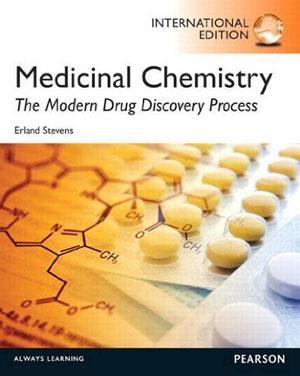 Medicinal chemistry: the modern drug discovery process is an introduction to the development of new drugs and as such is well suited to undergraduates studying medicinal chemistry and the pharmaceutical sciences, particularly those at the beginning of their studies. The text does not seek to be comprehensive, instead it focuses on the underlying principles in the field of drug discovery. As such, the coverage of drug classes is constrained to reference material relating to the top selling oral drug classes. Perhaps the strongest aspect of this book is the numerous and varied case studies it uses to enliven the key principles, particularly the topical and modern examples drawn from the literature.

Throughout the book the material is well structured into chapters of a sensible size. It follows a traditional structure, examining the pharmacodynamic and pharmacokinetic interaction of ligands with enzymes, receptors and nucleic acids before turning to the process of drug development. The focus is very much upon the discovery process. Coverage of pharmacokinetics and the elements of absorption, distribution, metabolism, and excretion (ADME) is particularly strong. Challenging topics relating to the progression of a drug on its journey from administration to the blood stream are covered in significant depth but explained simply and effectively, particularly with respect to the pharmacokinetic models involved. Metabolism and its implications are also well explained with real drug examples accompanying the mechanisms by which metabolic processes occur.

The synthetic aspects of drug discovery are not covered prominently, but more modern topics such as dynamic libraries are described in addition to the traditional methods used in lead identification and optimisation. The book also highlights the industrial considerations that impinge upon the large scale synthesis of drugs in the pharmaceutical industry, touching upon green chemistry and atom economy in synthesis, but only briefly.

In summary, this is an accessible and well written book that is surprisingly portable, despite running to 418 pages in length. It is well suited as an additional text for a medicinal chemistry course, rather than as the main text.