The stories your chemistry teacher wouldn’t tell you 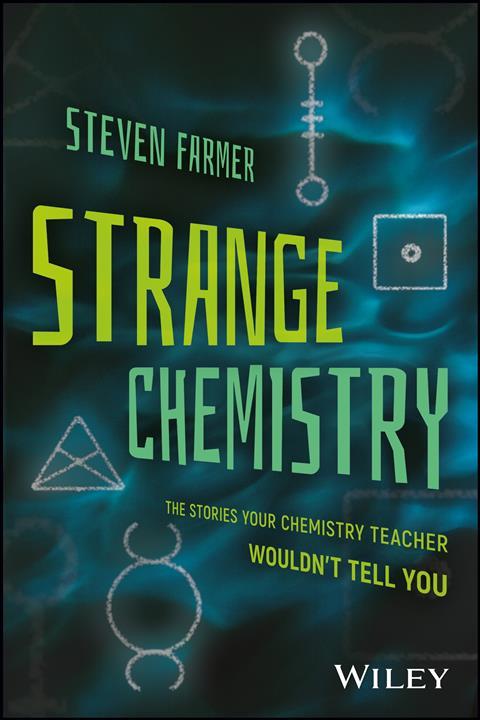 Breaking Bad put chemistry in the shop window. It presented the chemistry of a controversial issue in a plausible way. Students want to know about the science behind topics like this. In Strange chemistry, Steven Farmer has collected the stories behind topical substances and explanations of the chemistry involved. They are prefaced by a useful introductory chapter that covers the essentials of chemical bonding, intermolecular forces and neurotransmitters.

The book features a wide selection of compounds. Some are toxic molecules we may encounter in everyday life, like ethanol, nicotine, aspirin and caffeine – the most-consumed psychoactive drug. Some poisons are less obvious, like antifreeze, methyl salicylate, and cyanide in apricot stones. Some surprising topics he describes include the smell of old books, chewing gum, powdered alcohol and drugs on banknotes. There’s also a galaxy of street drugs every student will have heard about – ecstasy, LSD and cocaine.

The last chapter, ‘Why you should not use illegally made drugs: the organic chemistry reason’, is the most valuable. It contains a detailed and reasoned account of how carefully and intensively new medications are tested, and how closely scientists monitor their formulation and manufacture. It mentions things you might not think of, like glassware dedicated to just one reaction. Compare this with a street drug made by people with no qualifications, using materials of dubious purity, making products whose effect on humans has never been tested. It features the classic 1980s story of the ‘frozen addicts’ in California whose early-onset Parkinson’s disease was caused by a designer-drug synthesis that went wrong.

Aimed at 16–18 and 18+ students, this is an excellent book, thoroughly recommended to teachers and lecturers. Put it on your bookshelf and consult it often.

Purchase Strange chemistry: the stories your chemistry teacher wouldn’t tell you from Amazon