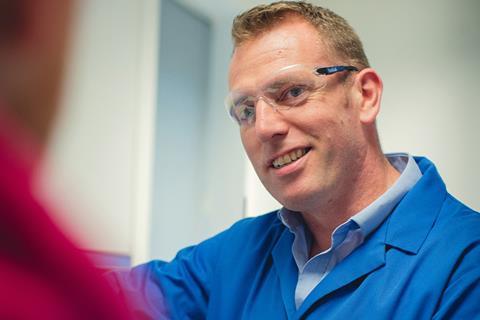 From geophysics to chemistry to education research, Michael’s career path wasn’t obvious from the start, but now he’s an award-winning researcher into chemistry education

Michael Seery was inspired to become a scientist by a leader at his Scout group. ‘We had a canoe instructor who was a geophysicist and during canoe trips and canoe camps he would talk about his work,’ he explains. ‘My eyes were opened to careers that focus on discovering things about the world around me.’

Michael applied to Trinity College Dublin to study natural sciences with the goal of becoming a geophysicist. However, in his first year his interests shifted toward chemistry. During this degree, Michael developed a passion for photochemistry – how atoms and molecules interact with light.

He completed a photochemistry PhD at Trinity College Dublin, followed by a postdoc at Dublin City University. In 2004, Michael launched his independent photochemistry research career at TU Dublin. This role involved a lot of teaching, and he became increasingly interested in pedagogy research. By 2011, he had wound down his photochemistry group to focus his research efforts on chemistry education.

In 2015, the University of Edinburgh approached Michael, offering him a position that would allow further specialism in education research. It was here that his interest in lab education blossomed. ‘I focused, from a curriculum design point of view, on how we should teach labs in 21st century,’ says Michael. He received the Royal Society of Chemistry’s Nyholm Prize for Education in 2021 for this research.

Nominate someone for an Education award

Inspired by Michael Seery’s Nyholm Prize for Education? Want to nominate someone you know for an award? Visit the Prizes page to find out more.

Within a few years of starting at the University of Edinburgh, Michael was promoted to director of teaching and professor of chemistry education and oversaw major changes in the school of chemistry’s curriculum, laboratories and tutorial teaching approaches.

The pandemic and the sudden surge in the use of technology in teaching led Michael to refocus his interests around technology in education. In 2021, he left Edinburgh and he has recently joined the Open University (OU) as a staff tutor. Michael was already well acquainted with the OU, as he is part way through a part-time undergraduate history degree there.

At the OU, Michael tutors undergraduate science students, supports other science tutors in their roles, and also conducts education research. Presently, he is considering how to foster a sense of experimentation and experimental design for students who primarily learn online.

What is the best thing about being an academic?

Academia can be a tough gig, but it is amazing to be able to dive as far as you want into whatever interests you, however niche or specialist those interests might be.

Why are good lab practicals so important for undergraduate students?

Becoming a chemist is a combination of knowing chemical concepts and knowing how to apply and use those concepts in practice and in problem solving. The latter isn’t something we can explicitly teach, students have to learn how to do this by doing well-designed chemistry experiments.

Why you think scientific literacy is an important skill for teachers to impart to students?

You published recently on gender imbalance in school chemistry textbooks, why was this something you chose to research?

We looked at the gender of scientists highlighted in current school chemistry textbooks. The emphasis was on documenting the problem of under-representation in order to inspire change. I was particularly shocked by the textbooks that contain lot of stock pictures showing scientists at work. They were predominantly male, and it appears the publishers had not sought to consider representation in the portrayal of images.

How has being a student yourself impacted how you teach?

As a teacher, there is nothing like being the student yourself to realise what student life is like. As a student, I’ve always valued guidance on where I should direct my time – it really helps me engage with my studies. A lot of the work I did changing laboratories and tutorials in Edinburgh involved building up infrastructure so that students are very clear what they have to do before, what they would be doing during, and what to do after each session. 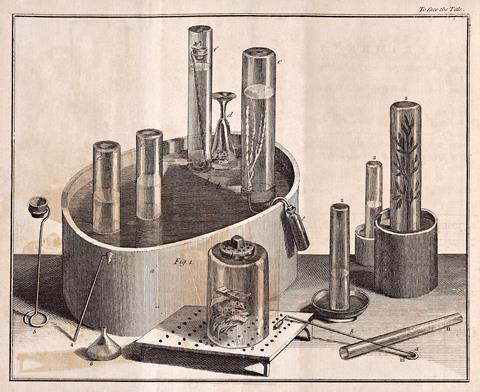 If Michael could time-travel, he’d go back to Joseph Priestley’s discovery of dephlogisticated air in the 18th century

If you could go back in time and be responsible for any historical scientific breakthrough, what would it be?

The discovery of dephlogisticated air. The process Joseph Priestley used – putting a plant in a bell jar and deducing the presence of what we now call oxygen from his observations (when the theoretical frame he was in at the time was so completely different) – was just genius.

I love gardening, being outdoors, enjoying nature and seeing the world around me with my partner Matthew. I’m a keen amateur historian so usually wind down by reading history.