Cheaper and simpler to study in Ireland

With more choice on offer, a simple application process and cheaper tuition fees, the Republic’s universities have a lot to offer students from the UK 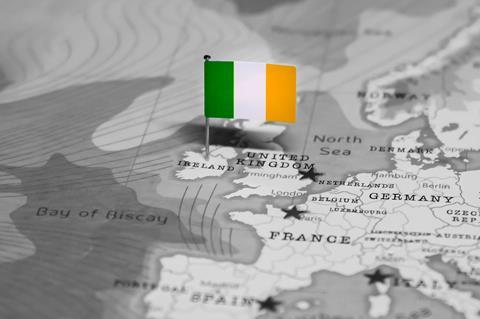 Many students across the UK are beginning the long and undoubtedly stressful process of UCAS applications to find an educational home for the next three to four years. However, a small number of students each year choose to travel across the Irish sea to study in the Republic of Ireland. With cheaper tuition fees for most students, a simpler application process and many internationally respected institutions to choose from, let’s look at what is involved in the application process.

Almost all applications to undergraduate courses in the Republic of Ireland are facilitated by the Central Applications Office (CAO) – the Irish equivalent of UCAS. The CAO process opens in November each year, just after the deadline for Oxbridge and medical UCAS applications. Candidates have until February to register, with an application fee of €45. Applicants also have an option to remove and reorder their course choices up until July, giving plenty of time to finalise decisions.

Unlike UCAS, no personal statements or references are required for the CAO application process; many UK applicants cite this as a huge advantage over the time-consuming UCAS process. The vast majority of courses also do not interview (including medicine), with only a select few requiring entrance examinations. Instead, places are awarded solely on the basis of academic merit using a grade-dependent points system.

Many students in Northern Ireland in particular are now encouraged to complete their CAO application as a ‘top-up’ to their UK application since the CAO allows for up to 20 course choices, giving a potential total of 25 course choices when combined with an UCAS application. Applicants list their course choices in order of preference and, after receiving their examination results, receive an offer based on the total points calculated from their grades.

In the Republic of Ireland the majority of students complete the Leaving Certificate programme, which is the Irish equivalent of A-levels. However, the structure and requirements differ significantly, sharing commonalities with other education systems around the world. Unlike A-levels, Leaving Cert subjects can be examined at either Higher or Ordinary level and students take a mixture of compulsory and optional subjects. The applicants’ total CAO score is calculated from the grades achieved in six subjects, with a maximum achievable total of 625 points. Applicants are then ranked for each course by their total score, while ensuring the applicant has met the institutions specific subject requirements for the course.

UK applicants to the CAO are scored using a similar method. However, points are instead awarded up to a maximum of four A-level subjects. Unfortunately, this fails to recognise that the majority of students in the UK only take three A-levels, leaving many students ineligible for high-demand courses since they are competing against Irish students for the same places. In 2012, the CAO introduced a bonus points scheme for Higher level maths for the Leaving Cert, offering students sitting this exam an extra 25 points. Similarly, UK applicants presenting at least grade E in one of A2 mathematics, further mathematics or pure mathematics also receive an extra 25 points to their total CAO score.

Candidates presenting other qualifications (such as Scottish Highers, IB, Cambridge Pre-U) are also scored using a points system. However, this is dictated by individual institutions rather than the CAO.

Over the last few years, British exam boards have moved towards a more linear method of assessment to combat the growing ‘resit culture’. Since the initial reforms began in 2012, the CAO has seen a slow but steady decline in the number of applicants from UK students. Because the CAO system primarily deals with students coming from the Leaving Cert programme, it has been slow to accommodate for shifts in other education systems including the UK’s.

UK applications to third-level institutions in the Republic of Ireland

However, it’s a different story in Northern Ireland. The NI Education Authority decided not to follow England’s lead and instead retained AS levels and modular assessment. Despite this, applications to the CAO from Northern Ireland have also dropped in recent years. With Russell Group universities now actively considering three A-level subjects, many schools across NI no longer give students the option of studying four A-levels. 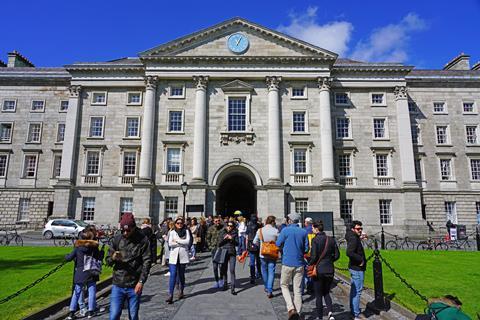 In response to the drop in applications, some Irish universities voiced their concerns. In 2014, Trinity College Dublin introduced a feasibility study for A-level applicants residing in Northern Ireland. The study, due to end next year, offers an alternative entry route to Trinity by reserving three places on every course (except medicine) for ‘feasibility study applicants’. The study only considers an applicant’s best three A-level grades, rather than the four considered by the CAO. Consequently, students from Northern Ireland are better able to meet the entry requirements of courses otherwise unattainable with three A-levels through the CAO system.

Initially the study was a huge success. In 2015, out of all the Northern Irish students who chose to study outside the UK, 40% chose to do so in Trinity College Dublin. That’s almost twice the number that chose the next most popular destination in the Republic, University College Dublin. In fact, the Republic of Ireland was the third most popular destination for Northern Irish students choosing to study outside their home nation, after England and Scotland but before Wales.

Applications to the Republic rose year on year until 2018, a year that saw a 20% drop in applications to Trinity from Northern Ireland, followed by another 20% drop in 2019 – declines mainly attributed to Brexit. Following these pilot projects, the CAO has since revised its A-level points tariff with a greater weighting now placed on the best three of four A-level grades for all UK applicants. However, many teachers in NI believe a truly equitable points tariff should solely consider three subjects.

The potential cost of Brexit

An enormous advantage of studying in the Republic of Ireland is the cheaper tuition fees. Under the Free Fees initiative, students from the EU attending Irish Institutions pay an annual contribution fee of €3000. However, with the UK due to leave the European Union in October, UK students could be subject to full non-EU fees.

In light of this, the Irish Government announced in March that prospective higher education students from Northern Ireland would not be subject to a fee increase in the event of a no-deal Brexit. Unfortunately, the situation for applicants from Wales, England and Scotland remains less clear. With the UK and the EU yet to reach a deal at the time of writing, neither side have indicated any fee guarantees for the rest of the UK beyond the current academic year. Irish and UK institutions have enjoyed a close relationship for many decades, resulting in extensive successful research collaborations. With fewer students traveling both ways for undergraduate studies, the future of these relationships could be under serious threat.