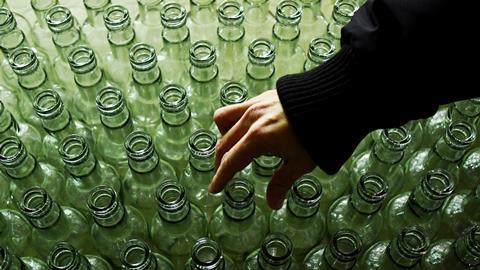 It’s a tempting storyline for teen dramas: a group of rebellious schoolkids sneak into the science lab and make off with a stash of ethanol to dilute and sell to friends as bootleg vodka. How are their friends to know what’s really in the bottles?

Drink fraud is a serious business. In a recent joint operation lasting four months, Interpol and Europol seized 26.4 million litres of counterfeit alcohol. Fake or illegally produced alcohol is produced in unlicensed distilleries or even homes. These fakes defraud governments of millions in unpaid tax.

But that’s not the only problem with it. While certified alcoholic drinks are made with ethanol, which is relatively safe to drink in moderation, fakes use other cheaper alcohols including methanol and isopropanol, and these can do you serious harm. The alcohol from the school science lab is not pure because it contains denaturants – toxic substances added to discourage recreational consumption.

The current advice for avoiding counterfeits involves scrutinising the bottle and labelling. This isn’t a failsafe method as fakers are becoming sophisticated at refilling empty bottles of legitimate spirits. These are easily available due to recycling.

Chemists can tell real from fake, but they have to take a sample from the bottle and place it into a spectrometer. This can only be done in a lab and takes time to complete. Ideally, detectives would analyse suspect products in situ, while in its original packaging, wherever found in the supply network. Taking samples away for analysis risks raising criminals’ suspicions, who may then destroy remaining evidence. 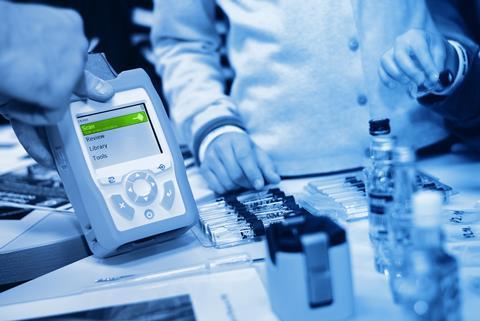 Manchester-based scientists led by David Ellis recently discovered a possible solution to this. Using a commercially available type of Raman spectrometer – a ‘spatially offset’ Raman spectrometer (SORS) – they were able to detect fake alcohol by detecting low concentrations of chemical markers. Crucially they were able to analyse the alcohol samples through the bottles.

The handheld SORS device had previously been used to detect hazardous materials. David’s research found a new use for it in detecting food and drink adulteration. The point and shoot system can work through clear, brown and green glass and analyse the spirits inside.

The device was really put to the test analysing several well-known Scotch whisky brands, known for their complex chemical compositions. It was able to tell the difference between whisky brands, even through green glass.

So who knows, in future years teenagers offered bootleg alcohol may be able to simply zap the bottle to see if they’re bagging a bargain or a toxic cocktail. 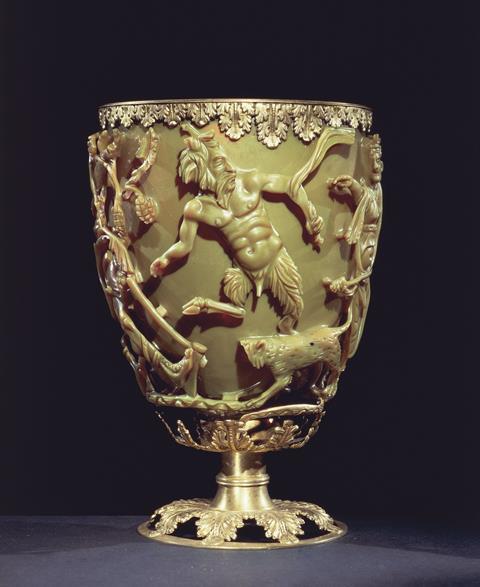 What is Raman spectroscopy?

Spectroscopy is the branch of analytical science concerned with the interactions between substances and electromagnetic radiation. You may be familiar with infrared spectroscopy, which analyses light transmitted and absorbed by a substance. Raman spectroscopy also gives us information about the chemical bonds in a substance by analysing their interaction with light.

Transmission and absorbance aren’t the only possible interactions between light and matter. Light is a spectrum of frequencies. It is able to pass through some materials but can also be reflected and scattered. For many materials, light interacts in all these different ways at the same time. The wavelength of light used and the material are both factors in the types of interactions that occur. Raman spectroscopy looks at the scattered light. This kind of interaction between light and matter is why the sky appears blue and sunsets appear red too.

Specifically, Raman spectroscopy measures the vibrations of bonds within functional groups of molecules. In a Raman spectrometer, the sample is illuminated with a laser beam and the electromagnetic radiation of the beam interacts with a molecule’s polarisable electron density and bonds. You can think of the molecules ‘dancing’ when you shine light on them if you like. The peaks seen in the spectrum correspond to different dance moves; and these dances or frequencies tell you about the chemistry of the molecule. This interaction between a molecule’s covalent bonds and light is similar to the more widely known infrared absorption spectroscopy, but different rules apply.

Using a Raman spectrometer, you can see that not all the light scattered is the same as the input light. Some of the scattered light has a different colour to the input light. Most of the scattered light is unchanged in energy, but a tiny fraction has lost or gained energy. This is the ‘Raman scattered’ light and the energy gained or lost is referred to as the Raman ‘shift’. For example, a large Raman shift occurs when the beam interacts with high frequency molecular vibrations, caused by light atoms held together with strong bonds. A Raman ‘fingerprint’ of the sample can be constructed that reflects the composition of the sample and thus can allow you to identify what the sample contains.

There are lots of different variants of Raman spectroscopy and these are matched to different uses. In the SORS method used for analysing the potentially fake alcohol, at least two Raman measurements are made from different positions. The two spectra are subtracted to produce two spectra representing the subsurface and surface spectra. This allows chemical analysis to occur beneath surfaces.

C V Raman was an Indian scientist who discovered the scattering effect named after him 90 years ago. A prodigious talent, he began studying for his degree at the age of 14 and published his first academic paper at 18. The day of his discovery, 28 February, is a national science day in India. Raman was awarded a Nobel prize in physics for his discoveries two years later in 1930, the first Asian and non-white recipient of a Nobel prize. He was known to be an excellent mentor, inspiring a generation of Indian scientists. Raman was also an early advocate of outreach, inviting school children into his lab. He was also a very good cricketer! 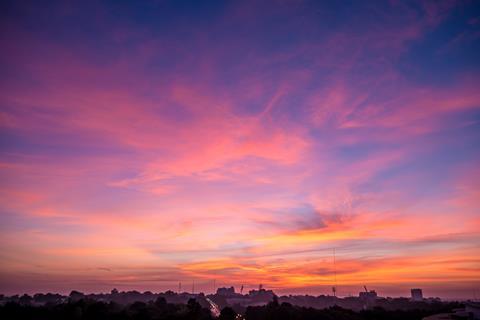 A red sky at twilight is also caused by light scattering

What else can you use it for?

Find out how scientists use Raman spectroscopy to discover the secrets of 1500-year-old manuscripts without leaving the library, and detect bone disease through soft tissue and investigate the chemistry of clouds by carrying out chemistry with lasers.