The problems with predicted grades

Many educators are dissatisfied with the current university admissions system, but reforms could prove too difficult 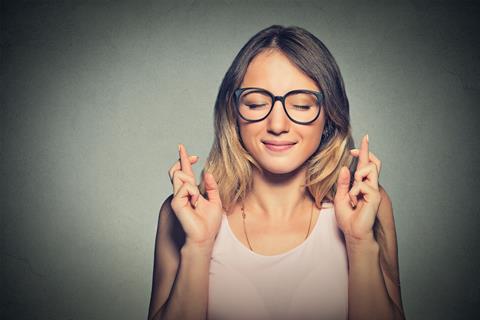 The universities admissions system needs an urgent overhaul, according to a report for the University and College Union (UCU). It points out that only England, Wales and Northern Ireland use predicted grades to award university places. While many teachers and 70% of UCU members support a move to post-qualification admissions (PQA), others believe reforms would be too disruptive.

The report surveyed 29 countries including those UK policymakers often choose to benchmark against, such as Germany, Singapore, Australia and the US. It found that all use achieved results to offer university places.

The report surveyed 29 countries including those UK policymakers often choose to benchmark against, such as Germany, Singapore, Australia and the US (bit.ly/2OwsDq0). It found that all use achieved results to offer university places.

Report author Graeme Atherton proposes changes to improve the current system in England, Wales and Northern Ireland that include a formal ‘choice week’ for students to visit higher education institutions in July of their penultimate secondary year. Students would then apply in their final year and HEIs would make offers after results in August.

‘Reforming our admissions system would be a great opportunity to make it fairer, build in more [student] support and ensure that both students and institutions are making better-informed decisions,’ says Sally Hunt, UCU general secretary. Previous research for UCU has shown that only around 16% of predicted grades are achieved.

Sally believes the current system disadvantages students from poorer backgrounds who are more likely to have their grades under-predicted. But UCAS chief executive Clare Marchant disagrees. ‘When UCAS ran a UK-wide review in 2012, the outcome was that, while a post-qualification admission (PQA) service had much appeal, it would be likely to significantly disadvantage under-represented and disabled students. It was felt that [these] students would be less likely to have access to support in making choices, and universities would have insufficient time to consider applications holistically.’

Moreover, Clare points out clearing already provides a PQA service for students who want to wait until they have their results before applying. In 2017, there was a 14% increase in the number of students accepted who applied through clearing.

Nevertheless, Judith Peel, a chemistry teacher at Itchen Sixth Form College in Southampton, sides with Sally Hunt. Her students are from poorer backgrounds and progression to university is low. ‘My students will go for the safe option and underestimate their potential. Even straight A-grade students can rarely be persuaded to apply for Oxbridge. If they already had their grades they might be persuaded.’

The pressure to inflate

Judith explains the dilemma facing teachers when it comes to predicted grades. ‘To give our students the best chance we will inflate their grades. This is for a number of reasons.’ For example, she doesn’t want to disadvantage her students if other institutions are more ‘generous’; or if they require a particular grade for their chosen course.

Helen Skelton is head of science at Beaumont School in St Albans. ‘Any system that relies on teachers’ predictions is bound to contain error.’ And it’s the students who lose out: ‘Some students improve throughout year 13 and achieve higher than predicted grades; but their predictions meant they couldn’t apply to top institutions. Other students struggle and come out with lower than predicted grades; these students miss their offers.’ While she acknowledges the clearing and adjustment systems do mitigate some problems, she believes PQA would eliminate a lot of unnecessary upset.

Many admissions tutors also like the idea of PQA. David Read was admissions tutor for chemistry at Southampton University (2009–2012). David says a large proportion of students achieve at least one grade below their teacher’s prediction. ‘Parental pressure is often brought to bear, and this effect is particularly strong when students are applying for medicine, which affects chemistry predicted grades. As it has become increasingly apparent that students who miss their offers are still likely to be accepted, some teachers have been encouraged to inflate predictions to guarantee that the offer is issued in the first place.’

The main hurdle to changing the system would be sitting exams earlier, and marking them in time. With no AS exams, there must be capacity for marking A-levels in a shorter time period, Helen thinks. ‘An alternative, and my preferred solution, would be for university terms to shift.’

Andy Parsons, chemistry admissions tutor at the University of York, says PQA ‘sounds positive’, but cannot see how it would work. ‘Applicants need time to make informed decisions about their choice of course, including time to research and visit universities, and universities need time to administer applications, including assigning accommodation.’

Andy also questions if accurate grade predictions will become less important. The pressure on universities (many of which are expanding) being able to recruit sufficient numbers of undergraduates is increasing. ‘I suspect that many applicants will be made offers by their selected universities even if their predicted grades are slightly lower than the advertised entry requirements. Also, each year, there appears to be an increasing number of courses being advertised in clearing.’

Chemistry admissions tutor at the University of Warwick, Jon Rourke, says the issue of predicted grades is already over-emphasised. ‘Schools don’t realise that we pay less attention to predicted grades. GCSEs are a much better indicator.’ Although he stresses all the information in the application is important.

However, Graeme Atherton points out that if universities are taking predicted grades with a pinch of salt, or disregarding them completely, then this should be made clear. ‘Universities should tell schools what they want and be transparent. Predicted grades increase teachers’ workload and stress.’

A mockery of exams

Increasing competition for students among HE providers coupled with the pre-qualifications admissions system has also led to more unconditional offers (UOs) from universities, according to the UCU report. Sally Hunt argues UOs make ‘a mockery of exams’, and also contribute to inflated grade predictions.

Helen Skelton is also concerned about the proliferation of UOs. ‘I have observed a number of students who were working hard, but upon receiving an UO, their motivation levels and desire to achieve the best evaporated.’ Students can be tempted to decline offers from top-rated universities to accept an UO elsewhere because of the security this gives them. ‘Such students are often highly motivated, so still go onto achieve excellent grades which would have secured their place at the higher rated institution.’

UOs also undermine teachers, Judith believes. If students are encouraged to sit back and don’t perform well, it is the teachers that are judged on the results. ‘I think universities should be prevented from making such offers.’

I think universities should be prevented from making [unconditional] offers

From a marketing perspective, Andy Parsons can see how UOs attract students in a competitive environment, but he cites analyses that show these students typically achieve much lower grades than predicted. ‘So, there are risks for the institute, but also for the applicant. During their pre-university studies I fear that these students may decide to take their foot off the pedal, which, in turn, can mean a more challenging transition to their university studies.’

David Read, while against UOs, says he has been told by an admissions tutor than more than 70% of students with UOs do achieve their predicted grades. ‘It would be good to get some solid data around this issue.’

The Office for Students has said it will analyse unconditional offers by December 2018.