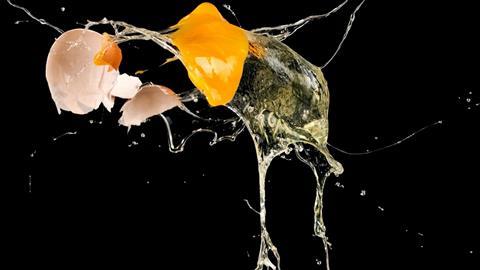 How you can help your students avoid common misconceptions about energy change?

Energy changes in chemistry can appear to be very familiar and straightforward, but this familiarity can lead to some strongly held misconceptions that are very persistent and difficult to change.

According to the first law of thermodynamics energy cannot be created or destroyed. Research, however, shows that many students believe that energy is produced or used up during chemical reactions.1

This view may arise because students’ early ideas about energy change are strongly influenced by examples of combustion. They see that energy appears to be created by burning fuels and that this energy runs out when the fuel is ‘used up’. This misconception is reinforced by words they hear and use in everyday language. They hear about the need for ‘energy generation’ and they know that they have to keep recharging their mobile phone. All of this makes learning that energy is transferred rather than created or destroyed in chemical reactions more difficult. 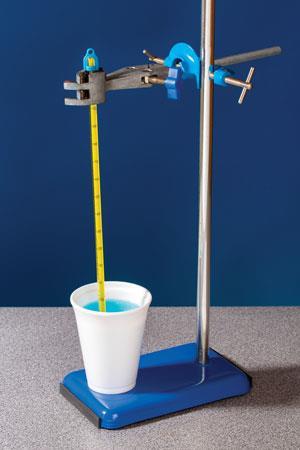 We teach our students that in an exothermic reaction energy is transferred from the system to the surroundings. In a typical experimental set-up when mixing solutions in an expanded polystyrene coffee cup, the concepts of system and surroundings can confuse students.

They observe the temperature of the solution in the cup increasing and may believe this is part of the surroundings. In fact the boundary between system and surroundings is the inner wall of the cup. The temperature of the solution increases initially, but left long enough, it will return to its original temperature as the energy resulting from the exothermic reaction is transferred to the surroundings. We just don’t usually leave it long enough to observe the change. Perhaps we should? 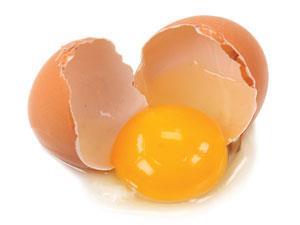 Some students accommodate the idea that energy cannot be created or destroyed into their thinking by using the idea that energy is stored in chemicals and is released when they react. Vanessa Kind refers to this as the ‘cracking an egg’ model of an exothermic reaction in which the contents of the egg are released when the shell of the egg is broken.2

The view that fuels and foodstuffs ‘contain energy’ is widespread – and not just in non-scientific circles. For example, the 2014 GCSE specification produced by one UK awarding body includes the section ‘The relative amounts of energy released when substances burn can be measured by simple calorimetry. This method can be used to compare the amount of energy released by fuels and foods’.3 There is also guidance from a respected physics education publication that recommends the idea of ‘chemicals as an energy store’.4

The concept of energy stores may be appropriate in physics, but in chemistry it can get in the way of understanding the real reasons why energy is transferred during chemical reactions.

Combustion reactions present their own problems to students trying to understand about energy changes. These problems are often only partly resolved. The focus of learning is usually on the fuel,  however, teachers realise that this view is incomplete. We also need to take account of the oxygen as a reactant. But an explanation that refers to a fuel/oxygen system is still incomplete as we also need to think about the products of the reaction. Without taking account of the formation of products, the energy change accompanying the reaction makes no sense.

Meeting their first endothermic reaction can be a real shock to students. Questions such as ‘Is the temperature supposed to go down?’ reveal a deep distrust of their own observations. Endothermic reactions don’t fit into the ‘cracking an egg’ model. Even if students explain their observation of temperature drop as energy flowing into the reactant chemical energy store, why should it happen in some reactions and not in others?

To make sense of energy changes in chemistry, students need to think about breaking and making bonds. An opportunity to introduce these ideas crops up quite early in the development of chemical ideas when students learn about rearrangement of atoms during chemical reactions. Mention of energy transfer at this stage sets the scene for a more formal treatment later.

It helps to focus on the whole reaction – including products as well as reactants. This reduces the tendency for students to think that breaking bonds ‘releases the energy stored in the chemicals’. The idea that breaking bonds ‘releases energy’ makes perfect sense within the ‘breaking an egg’ model of an exothermic reaction. Even students who know that ‘bond breaking requires energy’ may think that while a small amount of energy is needed to start the reaction, the activation energy, the actual breaking of bonds ‘releases’ far more.2

Using models can really help reinforce ideas of bond breaking and making. You can encourage students to ‘rip apart’ molecules of methane and oxygen to illustrate the energy involved in breaking bonds, before rearranging atoms to make new bonds and so produce carbon dioxide and water.

Students need help in appreciating that energy is associated with bond making as the idea is not intuitive. Demonstrations can provide memorable examples of both endothermic and exothermic reactions (see Demonstration suggestions). 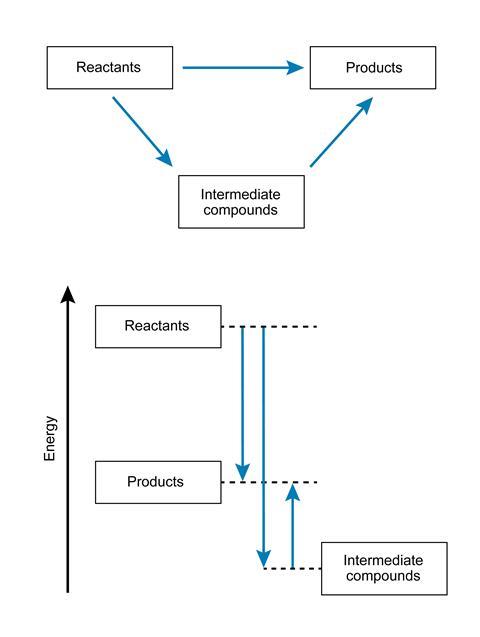 Hess’s law is really a restatement of the law of conservation of energy. Some students find traditional Hess’s law diagrams difficult to make sense of. Part of the problem is that the arrows have no clear meaning in terms of energy transfer. Perhaps if the direct and indirect routes from reactants to products are shown in an energy level diagram, the equality in energy change makes more sense? (see Hess’s law diagrams)

This would also bring about a welcome degree of consistency with diagrams in which Hess’s law is applied in Born–Haber cycles.

It is not surprising that some students find it very difficult to understand chemical energetics properly. With a careful choice of words and an introduction of the idea of bond breaking and making at an early stage, some of the problems can be avoided or reduced.

This topic is covered in one of the Royal Society of Chemistry’s Developing Expertise in Teaching courses. The RSC can support you throughout your teaching career.

Find out more about CPD for Teachers courses on offer.