What to look out for graphically when teaching reaction kinetics 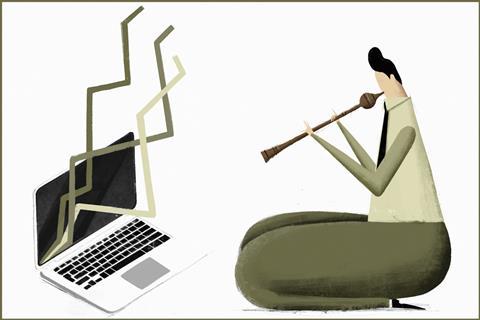 Chemists often represent the underlying models of chemical kinetics graphically, such as when plotting concentration v time or rate v time. Studies have shown that students have difficulties understanding rate and rate constant, and that graphical representations often make it more challenging.

A recent study from researchers in the US investigated the relationship between students’ models of reaction rate, and the graphical representations they use to describe them.

Analysis found limited variation in the way students described and represented their models for both concentration v time prompts. However, there were multiple models constructed for the rate v time prompt. While all the students’ rate v time graphs showed a decrease over time, there was substantial variation in the starting and final positions of the line, and its overall shape.

The challenges associated with the rate v time graph are perhaps not surprising. The other graphs only require students to consider general features, such as reactant consumed or product formed. For the rate v time graph, students must also consider the effect that the changing reactant concentration has on rate, and then translate this mathematical relationship into a graphical representation.

Interestingly, although students’ graphs of rate v time were variable, the students used similar chemical and mathematical ideas in their explanations.

In this study, investigators revealed students’ reasoning about reaction rate through an analysis of the graphical representations they chose to describe their underlying models of chemical kinetics. If you incorporate this into your own practice you should consider a number of points: