How do you think you got on?

Helping students to monitor their understanding

Metacognition, the ability to think about one’s own thinking, is increasingly being recognised as an important factor in successful learning. In particular, students need to be able to monitor their knowledge, understanding and thought processes while engaging in tasks, and measuring this ability is important to researchers. In this study, Morgan Hawker and colleagues at Colorado State University, US, investigated the accuracy of students’ exam score postdictions (as opposed to predictions) over time as a means of measuring their metacognitive assessment skills. 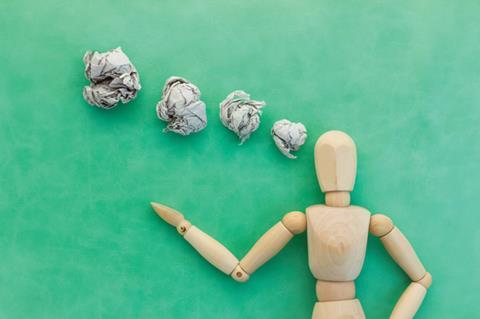 The study involved students enrolled on a two-semester general chemistry course. In total, 925 and 491 students were involved in the study during the fall and spring semesters respectively. Each semester-long course was assessed by five multiple choice exams administered at three week intervals, including one comprehensive final exam. At the end of each exam, students indicated the percentage score they expected to earn. All data was collected using the optical mark recognition system already used in the grading process.

The most notable feature of the data is that very few students could accurately postdict their exam scores (classified as ‘accurately calibrated’), with a majority of students overestimating their performance in all 10 exams. The authors report that these findings contrast with similar studies in undergraduate psychology courses, where students were much better at postdicting their performance. It is suggested the difference is due to the multistep problem-solving involved in the chemistry exams, as opposed to the requirement for recall and application of declarative knowledge encountered in psychology assessments.

Students who achieved higher exam scores tended to be more accurately calibrated, as has been observed in other studies. Interestingly, there was no evidence of students’ metacognitive monitoring abilities improving over time, indicating that interventions are required to support students in developing their skills in this area. As the authors suggest, instructors need to be more aware of the possibility that students have poor metacognitive monitoring skills and are encouraged to provide support. Further work is needed to identify the most effective strategies for developing these skills.