The notion of human-induced climate change has long been a source of controversy all over the world, notably so in the US. Lombardi and Sinatra report a study into the emotions exhibited by US teachers regarding the topic and the impact of those emotions on their perceptions regarding the plausibility of climate change, with consideration of their effect on teaching and learning. 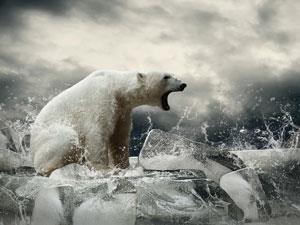 The climate in the arctic continues to change

The article indicates that climate change is gaining importance as a topic in US classrooms, with resources produced by national scientific bodies providing detailed theory and evidence about the causes and effects. The authors note that climate change is associated with strong emotions, particularly when the role of human activity is considered. These emotions may include anger, hopelessness, fear and anxiety, and can be diagnostic of underlying attitudes and prejudices.

Problems may also arise from misconceptions about climate change, including the implication of ozone depletion in the process, and the use of localised and short-term weather effects as evidence. These misconceptions can be damaging when they are held by teachers, particularly when they are the subject of negative emotions which then impact on teaching.

The article refers to previous work on the impact of teachers' emotions regarding evolution, which showed that quite profound effects occurred in some cases. Some teachers were seen to cope with their anxiety by avoiding sensitive aspects of theory and exerting a high degree of control over the lesson, preventing students from taking control of their own learning and limiting the scope for metacognition.

A total of 85 teachers were involved in the study, which used a survey to probe emotions, knowledge and plausibility perceptions. The results indicated that teachers who exhibited feelings of hopelessness about climate change tended to rate the plausibility of climate change more highly, while those who felt anger tended towards lower ratings of plausibility. The authors suggest that anger may impact negatively on the ability to weigh up the arguments to decide whether or not climate change is happening, while hopelessness may prevent engagement where an individual perceives that they are unable to influence global outcomes.

An interesting observation was the fact that teachers who had not taught climate change were more likely to express anger and low plausibility ratings than those who had, indicating that the process of planning and teaching lessons on the topic gave teachers the opportunity to critically evaluate and reflect on the evidence. In their conclusion, the authors suggest that professional development activities should directly address emotional aspects of controversial topics, perhaps allowing teachers to facilitate the development of emotions which enhance student engagement with such topics.