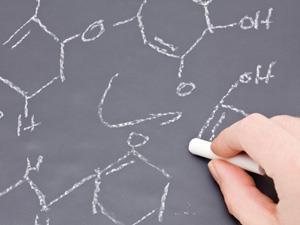 The challenge posed to students by organic chemistry has long been an area of interest in chemistry education research, and there have been a number of recent articles on the topic. It has been shown that organic chemistry students are prone to developing persistent misconceptions and adopting rote memorisation strategies rather than engaging in meaningful learning, where they make connections between new information and prior knowledge. In this study, Anzovino and Bretz investigated students’ understanding of the concepts of nucleophilicity and electrophilicity, with a particular focus on the role of charges and mechanisms.

The researchers interviewed a number of undergraduates at a US university, who had previously been taught the reaction types and mechanisms explored in the study. Livescribe pens were used to record written work and audio during the interviews, which lasted approximately an hour. Students were asked about the characteristics of nucleophiles and electrophiles, and the relationships between them. They were also presented with a number of example reactions, asked whether or not nucleophiles/electrophiles were involved, and to provide the rationale behind their thinking.

When defining the terms nucleophile and electrophile, students considered both structural features, such as charges and lone pairs, and function, ie the ability to donate or accept electrons. However, when evaluating reactions, the students became much more focused on structure, most notably the presence of charges, often proposing incorrect mechanisms involving non-existent species in the role of nucleophile or electrophile in order to explain the formation of a product from a given reactant. This implies that students rote-memorise the features related to nucleophilicity and electrophilicity rather than developing and applying a deep understanding of structure–function relationships in order to be able to evaluate such reactions.

The authors noted that students felt the need to know a mechanism to identify the species involved, and this contrasted with the view of instructors that students need a solid grasp of concepts such as nucleophilicity and electrophilicity before they can understand mechanisms and curly arrows. This misalignment between teaching and learning clearly warrants further research, and underlines the importance of the language used by educators. It is suggested that electrophiles and nucleophiles are introduced in the context of their function, without over-emphasis on structural features. This may encourage students to adopt meaningful concept application rather than the damaging reliance on recall that often hinders progress in organic chemistry.