How to teach different representations 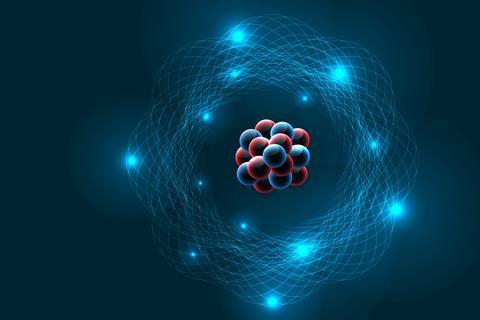 A recent study explored student interpretations of different atomic representations. Students preferred the electron cloud model and found the boundary surface diagram the most difficult to understand. This aligns with previous work that shows students prefer concrete representations and struggle to adopt the quantum model.

Although the work was done with university students, the findings are important at school level, where students first encounter atomic representations. The study is useful since knowledge of atomic and electronic structure in bonding underpins understanding of chemical reactions.

The research, conducted by Zahilyn Allred and Stacey Bretz, aimed to identify which atomic representations aligned with students’ ideas, and how students interpreted features of multiple depictions of the same atom. The researchers chose a representative sample of 34 volunteers from an institution in the US. They interviewed these students within two weeks of them learning about and being tested on the quantum model of the atom. The research team asked students about their prior knowledge of atomic electronic structure. They then discussed representations of a helium atom and probed the students’ understanding at sub-microscopic and symbolic levels.

The different representations the interviewers showed students were an electron cloud, an electron probability diagram, a spherical boundary surface and a classical Bohr model with a nucleus and two electrons in a circular shell. The researchers asked the students to describe and rank them, with justification, by how closely they matched students’ own mental model of the atom.

The students preferred the electron cloud, which had a clearly illustrated nucleus. A nucleus was deemed by many interviewees an essential feature of a representation. The Bohr model was also popular, perhaps because it is common in teaching and textbooks, and is a clear depiction of the atom’s component parts.

Students found it difficult to interpret the clustered dots in the electron probability diagram. One third of students ranked this as their least preferred representation. The boundary surface diagram was the least popular representation, which surprised the authors given its ubiquity in ball-and-stick and space-filling models. Students felt it conveyed a lack of information about the atom’s structure and the electrons’ locations.

In line with previous research, this study found students were unable to explain the difference between ‘orbital’, ‘energy level’ and ‘shell’. There was evidence that some were superimposing ideas about the Bohr model onto their quantum conceptualisations. This demonstrates the challenge faced by students using different models to rationalise different aspects of atomic behaviour.