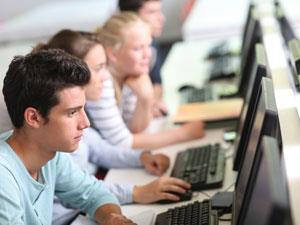 The value of hands-on practical work as a component of science education has been debated for decades. While most science educators strongly support laboratory work, there are often question marks over the purpose and goals of such activity. In recent years, austerity and the advance of technology have led to increased interest in the concept of virtual experiments that might replace traditional (and expensive) laboratory-based practical work, while still allowing students to achieve learning outcomes. Hawkins and Phelps have reported the outcomes of a study that probed the efficacy of a virtual lab in comparison with a hands-on equivalent.

A total of 169 students were randomly separated into groups that undertook either a hands-on lab or a virtual lab, with pre- and post- testing used to examine the relative impact of the two approaches. The researchers selected the challenging topic of electrochemistry for the study, with the hands-on lab requiring students to react zinc with copper sulfate, build and experiment with a Daniell cell, and carry out an electrolysis reaction. The virtual lab made use of simulations that mirrored each stage of the hands-on practical.

The test probed students' abilities to write equations, draw cell diagrams and use concepts relating to equilibria to explain electrochemical phenomena. Critically, there was also a hands-on component to the test allowing the assessment of students' practical skills before and after the lab work. Pre-testing showed that there was no significant difference between the two groups of students. The key finding of this research showed no significant difference between the two groups' results in the post-test, although closer scrutiny of the data did show some differences.

While scores on the hands-on component of the test were very similar, the 'virtual students' used a U-tube salt bridge 93% of the time (the virtual experiments only featured U-tube salt bridges), compared with 50% of the 'hands-on' students, who had instead used filter paper. It was also noted that the 'hands-on' students had a greater tendency to erroneously place voltmeter leads into solutions, which was attributed to the use of very small samples of metals as electrodes in the laboratory. This cost-cutting measure led to students who had completed a 'real' lab making a mistake that the 'virtual students' were less likely to make.

As the authors state, this study shows that virtual labs can be effective, but the key difficulty lies in knowing when they are appropriate for a particular situation, and further research is needed across a range of different topics.