Most of the boron on Earth exists as sodium and calcium borates, of which sodium borates such as borax (Na2B4O7) are the main ones. These minerals are derivatives of boric acid (H3BO3). 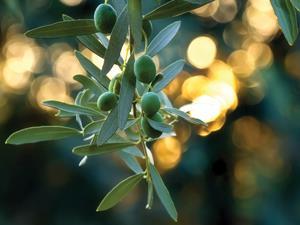 Tibet is the only location where borax was reportedly found in the ancient world. It had crystallised as deposits near Lake Yamdrok Cho where it was located just below the soil surface. It is not certain when trade in borax from Tibet began, but by 1100AD goldsmiths were using borax as a flux to make working with molten metal easier.

In 1808, Joseph Louis Gay-Lussac and Louis-Jacques Thénard in Paris, and Humphry Davy in London, independently extracted boron from borax using potassium metal. It was Davy who named it boron – the French named it bore. Neither party had produced the pure element, which is almost impossible to obtain.

A characteristic green flame can be produced by treating borax or other borates with sulfuric acid, and then adding alcohol and setting it alight. This test was used by mineral prospectors, and led to the discovery of the world’s largest borax deposit in Death Valley in the Californian desert in 1873.

Boron is also found naturally in many fruits and vegetables, as it is an essential element for the cell wall of plants. In the 1930s it was realised that the age-old olive groves of Greece and Spain were giving poor yields of fruit because they lacked boron. They were revitalised by fertilising with disodium octaborate tetrahydrate (Na2B8O13.4H2O), and the olive crops increased dramatically thereafter.

Boron is an important industrial element. One major use is in its addition to metals to improve their conductivity (aluminium), to make them easier to refine (nickel) or to make them flow better (iron). Metal borides are used for turbine blades, rocket nozzles and high temperature reaction vessels.

Boron as part of neodymium iron boride (Nd2Fe14B) forms one of the strongest magnets known. Ultrapure boron (99.9999%) can be produced today and in the form of boron trifluoride (BF3) it is used as the dopant for making p-type semiconductors.

Boron nitride (BN) is like carbon in that it can exist in two forms, either as cubic-BN or hexagonal-BN. The former sparkles like diamond, is almost as strong and makes an excellent abrasive for industry. The latter is soft and smooth like graphite and can be fabricated into crucibles that can hold molten metals; it is also added to face powder.

Boron carbide (B4C) is another remarkable material. It is both chemically inert and heat resistant and it too has a hardness approaching that of diamond. It is used in bulletproof vests and tank armour, and has even been turned into nanowires and fabrics.

Pyrex glass is tough and heat resistant because of the 12–15% boric oxide used in its manufacture. Glass fibre is also borosilicate glass and this finds use in reinforcing plastics and as insulation in buildings. Ceramic glazes for tiles and kitchen equipment now account for a lot of the demand for boric acid.

Boron has two isotopes: 10B and 11B. Boron carbide containing exclusively 10B is an excellent absorber of neutrons and is an important safety component in the nuclear industry where it is used to regulate nuclear reactors and to provide a safety system for quenching a reactor should it threaten to go critical. 10B is also part of the treatment for brain tumours. Patients are given a substance known to be absorbed by cancer cells and to which a cluster of boron atoms has been attached. When these are bombarded with neutrons the 10B atoms then undergo nuclear fission to form lithium, and emit deadly α-rays which kill the tumour cells. Meanwhile 11B is used in NMR spectroscopy to study boron compounds.