When it comes to powerful magnets, nothing beats holmium. John Emsley investigates 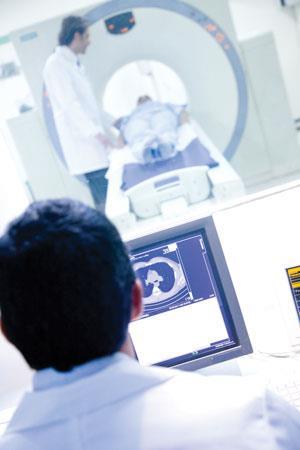 Holmium is one of the lanthanoids, commonly known as rare earth elements. However the term rare earth is a misnomer because some are not actually rare: holmium is twenty times more abundant than silver.

A bright, soft, silvery metal, holmium is slowly attacked by oxygen and water, and dissolves in acids. Naturally occurring holmium consists entirely of a single isotope, holmium-165, which is not radioactive. The longest-lived radioactive isotope is holmium-163 with a half-life of 4,570 years.

Holmium has no biological role, but it has been noted that holmium salts stimulate metabolism. Why this occurs is not known, because it is not an element the body recognises. Holmium is not taken up by plant roots, so very little gets into the food chain.

Holmium was discovered at two locations in 1878: in Geneva, Switzerland, by Marc Delafontaine and Louis Soret, and independently in Uppsala, Sweden by Per Teodor Cleve.

The story begins with the element yttrium. When yttrium was first discovered, it was contaminated with traces of other elements, although this was not realised at the time. Eventually, erbium was separated from yttrium, and the erbium was found to contain ytterbium. When Cleve looked more closely at the residue erbium left behind after the ytterbium had been removed, he realised it must contain yet another element as its atomic weight varied according to how it was produced. Painstakingly he extracted the contaminating element and so discovered holmium.

However, Delafontaine and Soret had announced a few months earlier that erbium oxide must contain another element: their claim was made on the basis of unexplained lines in its atomic spectrum. Finally, when the spectrum was compared to that of Cleve’s sample they were found to be identical.

Holmium is mined, along with other rare earths, from the minerals monazite and bastnäsite. It is, however, only a minor component of such ores, accounting for less than 1%. The main mining area is China, which currently has a near monopoly on lanthanoid production. These are now so important for many of the electronic devices we now use that other deposits are likely to be exploited. These are known to exist in the US, Brazil, India, Greenland and Tanzania.

World reserves of holmium are around 400,000 tonnes but production of holmium metal itself is only around 10 tonnes per year. It is made by heating holmium chloride or holmium fluoride with calcium.

Holmium is needed for lasers, magnets, nuclear reactors, and gamma-ray spectrometers. In lasers it is used in combination with yttrium, aluminum, and garnet, collectively known as Ho-YAG. These lasers have been approved for various types of surgery because they have good tissue-cutting power and the light can be transmitted down optical fibres.

Holmium alloys are used to direct and amplify magnetic fields. It has the highest magnetic field strength of any element and is used to make the pole pieces of the most powerful magnets.

It is sometimes used in nuclear reactors to act as a so-called ‘burnable poison’. This is an element which readily absorbs excess neutrons and so controls the chain reaction that fuels the reactor.

The isotope holmium-166m has a very long half-life of 1,200 years. It is used to calibrate gamma ray spectrometers because it produces a wide spectrum of such rays.