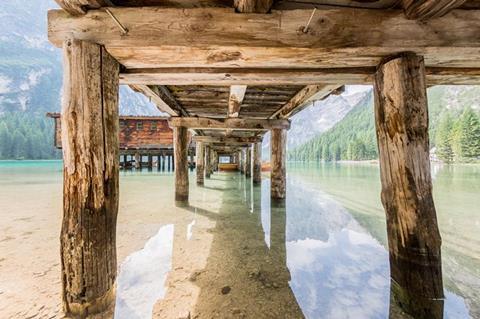 A feast fit for gribbles…

Small sea crustaceans – limnoriides or gribbles – have been munching their way through ship hulls and sea-side piers for centuries, wrecking havoc as they bore through the wooden structures. By studying the way the gribbles digest the wood, however, scientists at the UK’s Sustainable Bioenergy Centre at the Universities of York and Plymouth are hoping to find an energy-efficient route to biofuel production.

Biofuels have traditionally been made from carbohydrate-rich crops, such as corn and sugar beet. The carbohydrates are hydrolysed into sugars, which are then fermented (broken down) into alcohols and carbon dioxide. Such fuel crops compete with food crops for land use so biofuels that are not produced from edible material, such as woody material from plants, are an attractive alternative.

Wood is made up of lignocellulose, ie energy-rich sugar polymers (cellulose and hemi-cellulose) surrounded by the highly branched polymer, lignin. The resulting structure is tough and rigid, making it difficult to access the cellulose for biofuel production. Current methods are energy-intensive, requiring high temperature and pressure. In contrast, gribbles are able to break down lignin in a rather neat and simple way.

In a paper published in the Proceedings of the National Academy of Science USA, Professor Simon McQueen and his team found that gribbles break down wood using enzymes they produce themselves. This is different to termites and other wood-eating animals such as cattle, which have a host of microbes in their digestive tract to do the job for them. The gribbles digestive tract, the scientists say, is unique in that it is effectively a sterile environment, which offers an opportunity for identifying the specific enzymes and reaction conditions for the degradation of lignocellulose.

The researchers are currently analysing the gribble gut enzymes to find out how they work and whether they can recreate the gribbles’ secret on an industrial scale.