For some it’s the source of their powers, for others their only weakness. Ben Valsler explores the chemical story at the heart of many comic book characters 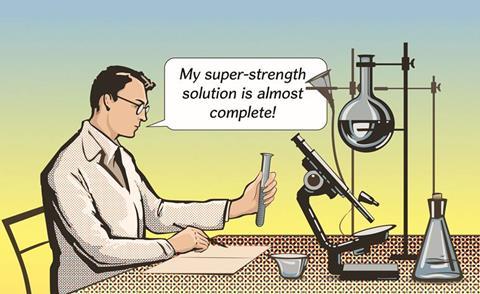 Comics are a significant part of our culture. They’ve long since broken out of their paper medium and onto our screens, with blockbuster movies and television franchises mining the rich history of comics for new characters and stories. Take Marvel’s Avengers, for example. Its characters have recently featured in 10 blockbuster movies and two television series, with more on the way. The Marvel Cinematic Universe, which includes all of the Avengers outings alongside Guardians of the Galaxy and hotly anticipated films such as Ant-Man, is now the highest grossing film franchise in US history, having taken nearly $3 billion (£2 billion) in the US box office. Only the Harry Potter franchise comes close, with a box office take of $2.4 billion. Third place in the list belongs to another comic franchise, this time for Detective Comics (DC), whose Batman films have taken $1.9 billion in the US box office so far.

Chemistry has played a role in western comics since their inception, with several characters from the ‘Golden age’ of comics (1930s-1950s) having chemistry in their origin stories. During this period, chemistry was used as a crude narrative device, often as a pseudo-scientific justification for the existence of special powers or abilities. Jay Garrick, the first incarnation of DC’s The Flash, apparently gained the ability to run at super speeds by inhaling vapours of hard water. Although this was later altered to be heavy water, it still reveals a naivety – or perhaps indifference – towards the realities of chemistry.

But should we expect comics to be chemically accurate? After all, comic readers are happy to accept that an alien orphan, ejected from his dying home planet in a kind of cosmic life raft, acquires incredible powers just from being near Earth’s yellow sun. But the depiction of science and technology in comics often mirrors public understanding and concerns about scientific developments. As our understanding of the world around us increases, so must the complexity of our comic book chemistry.

Days of future past 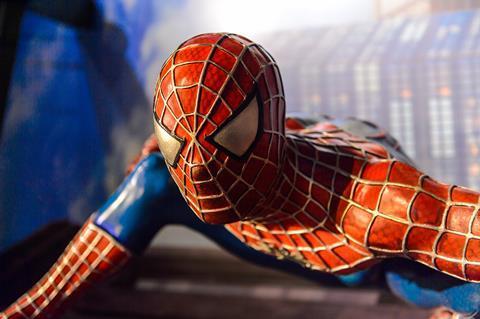 The fictional comic book universe has a great way of getting around these issues – if a back story no longer fits, it is simply changed, updated for a new audience with a different understanding of the world. This is known as ‘retconning’, or a retroactive continuity change. This technique has allowed comic characters to reflect cultural scientific concerns, and there’s probably no better example than the ‘silver age’ (mid-1950s to 1970) character Spider-man.

Spider-man first appeared in 1962, and marked a significant shift in comic book heroes. For the first time, the hero was roughly the same age as the readers (although modern audiences are much more diverse, superhero comics in the 60s were mostly read by adolescent boys). Peter Parker was a high school student who excelled in the sciences, and was bitten by a radioactive spider at a science exhibit. The bite transferred the spider’s abilities to Parker, who develops superhuman strength and senses, as well as the ability to climb walls. A gifted chemist, he develops new materials for his costume and formulates the compound required to spin his own webs. In the 1960s, America was at the height of the cold war and there was significant paranoia and fear of nuclear attack. Radiation was poorly understood but seen as powerful, terrifying and transformative: exposure to radiation was also at the heart of the origin stories of the Hulk and the Fantastic Four.

Modern-day Spider-man demonstrates a different set of cultural concerns. In the 2002 movie, Peter Parker once again visits a science exhibit, but one about the ‘new’ science of genetic engineering. This time, the bite comes from a genetically modified spider, evoking and reflecting current concerns about the transformative power of genetic modification. By rewriting Spider-man’s history, comic authors continue to tap into our collective scientific subconscious.

Health & safety in the workplace

Just as with Peter Parker, scientific accidents account for a number of well-known comic origin stories. Although the first incarnation of The Flash gained his skills through poor working practice around heavy water, the second incarnation, Barry Allen, was subject to an accident out of his control. Allen was a forensic scientist with a reputation for tardiness, but developed superhuman speed and reflexes when a bolt of lightning struck a crate of chemicals he was working with. He adopts the identity of The Flash, with significant help from his materials-science minded father, who uses his scientific knowledge to make a costume that shrinks down to fit inside a ring (it’s not just superheroes that show scientific genius in the comic world).

Perhaps the best known chemical origin story is that of Batman’s arch nemesis, the Joker. First appearing in print in Batman #1 in 1940, the Joker has seen a number of origin stories and is known as one of the best comic book villains of all time. Eleven years after that first appearance, writer Bill Finger created the Joker’s original backstory, which was then built on by Alan Moore in his 1988 series Batman: the killing joke. The Joker was a failing stand-up comic who had quit his job at a chemical plant and became desperate to support his pregnant wife. Under pressure from local criminals, he breaks into his old workplace where he encounters Batman and ultimately falls into a vat of unidentified chemicals. The exposure bleaches his skin, pulls his face into a tight rictus grin, and drives him insane – in this way, chemistry created one of the finest villains ever written. 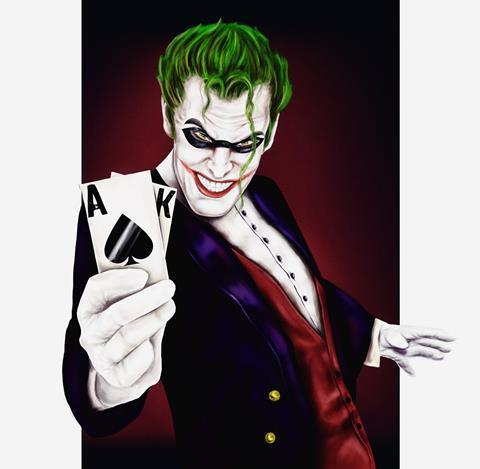 Although chemical accidents are common origin stories, there are a number of characters who are skilled chemists. The Joker himself, presumably drawing on his experience as a chemical plant worker prior to his descent into crime and madness, develops a number of compounds for devious purposes.

Joker Venom is an aerosol or gas that sends victims into hysterical bouts of laughter – often resulting in paralysis or death. It’s never hinted what this compound might be, but the Joker has been shown creating it from household chemicals, proving himself to be a skilled practitioner. Like many historical chemists, he tests many of his concoctions on himself, leading to a kind of immunity to his own chemical attacks.

Bane, the super-strong villain of the latest Batman movies, is entirely dependent on a different kind of venom – an experimental drug designed to enhance his physical abilities. While this does give Bane incredible strength (enough to nearly kill Batman by breaking his spine), he is dependent on a dose delivered directly to his brain every 12 hours.

The flipside of the experimental drug story can be found in Captain America, who was transformed from a weedy comic book illustrator into patriotic super-soldier by a government-developed experimental drug.

There’s no doubt that comics are a rich source of characters and stories, but it’s the format itself that allows them to deliver such a powerful punch. Compared to a novel or movie, comics have a special hold and influence over their audience. By portraying action and narrative as a series of images, with or without text, a reader can progress through the story at their own pace, giving as much or as little attention to the detail as they want. In a novel, skim-reading in this way would cause you to miss important facts, whereas a movie forces you to move at the director’s chosen rate. Because of this, comic readers can invest more of themselves in the story.

Pictures are a static medium, so a comic forces the action to take place in your own mind. Movement, time and even violence all take place in the thin space between the comic frames, a gap known as the ‘gutter’. A reader relies on his or her own imagination to fill the gutter, making comic reading a very personal experience. It’s no coincidence that flat-pack furniture instructions resemble simple comics – it’s an extremely good way to communicate.

In the 1950s, public concern arose about the influence of comics on their audience (still largely teen boys at this point). In his 1954 book Seduction of the innocent, psychiatrist Fredric Wertham argued that comics were a negative influence, a cause of juvenile delinquency, encouraging sex, drug use and violence. Some of Wertham’s more progressive arguments are still relevant today, including the over-sexualisation of female characters and the promotion of violent toys.

The comic book industry, fearful of public backlash and the threat of regulation, created the Comics Code Authority (CCA) – a set of guidelines that became a form of self-regulation. DC writers played down the Joker’s murderous tendencies, Captain America’s drugs were delivered orally rather than intravenously, depictions of extreme violence were essentially banned. As drug use was subject to CCA guidelines, certain forms of chemistry in comics more or less disappeared.

The power of comics, along with their newfound social responsibility, saw them being used in educational and public awareness materials. Superman fought Nick-o-Teen in a series of anti-tobacco comics, Captain America fought a war against drugs and new comics were developed to promote public health campaigns.

Comics are used today to educate and inspire in chemistry. The rise of the internet saw online comic strips such as xkcd and PhD comics communicating science and the daily life of a researcher. The Chemedian, a comic that supports high school chemistry lessons, has been developed by science communicators at the University of West England in Bristol, UK, and Veronica Berns, a recent graduate of the University of Wisconsin-Madison, received over $14,000 in crowd-funded donations to make a comic book version of her own solid-state chemistry doctoral thesis. Far from their naive origins, comics are now seen as an acceptable and effective way to communicate cutting-edge chemistry.