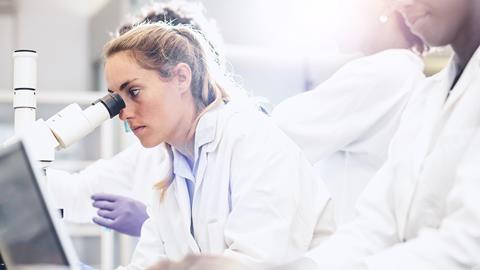 Earn while you learn

How the new apprenticeship levy is shaping opportunities for school students

Fresh graduates too often face debt and a battle to find a job. Yet it doesn’t have to be that way. For those who have mapped out a possible career path, higher level apprenticeships promise a debt-free degree, together with a high probability of a permanent job.

A new levy paid by all organisations with a payroll over £3 million per year is expected to boost apprenticeship numbers. Charged at 0.5% of the annual pay bill exceeding £3 million, the levy is likely to double the annual investment in apprenticeships to £2.5 billion by 2020.

The expectation is that companies paying the levy will set up apprenticeship schemes if they haven’t already done so.

Apprenticeships are three-way relationships between apprentices, employers and training providers.

All apprentices have full employment contracts and work a minimum of 30 business hours per week.

Adam Gymer joined pharmaceutical company Pfizer as an apprentice straight after his A-levels. ‘I was never very good at text-book learning at school,’ he recalls. He needed practical experience to cement ideas in his mind.

Working in chemical research and development at Pfizer’s site in Sandwich, Kent, Adam initially did a Higher National Certificate (HNC) in chemistry.

One day a week he now travels to the University of Greenwich to study for a chemistry degree. ‘It is definitely the right style of learning for me because I can apply my knowledge to something useful,’ he says. ‘When I finish my degree, I will have five years’ work experience and no debt.’ Although a future job is not guaranteed, Adam is quietly confident that he will be more employable than a fresh graduate.

Adam sits on an apprentice panel reporting to the board of the newly formed Institute of Apprenticeships, UK. The institute was set up to ensure that all apprenticeships are ‘top quality and deliver the skills that employers need’. The panel already recognises that there are differences in how apprentices are treated and how training is delivered across the UK, he says.

The institute also plans to address the image problem that apprenticeships have in some quarters.

There is a stigma attached to apprenticeships, says Kevin Emmett, director of URT Group, UK, which makes carbon-fibre composites. ‘An apprentice is seen as cheap labour. We have got to get over that. It’s about training the right people to do the job.’

His company takes on four or five apprentices every year. Together with the University of Chichester, where a new engineering faculty is being built, URT plans to take apprentices up to the highest level.

‘We find it difficult to get skilled people but very easy to train people up,’ he says. Kevin did an apprenticeship himself. ‘Passing that down has always been a no-brainer for me.’

As part of this, he is involved with local schools as an enterprise adviser for the Careers and Enterprise Company, which connects schools and colleges with employers.

Some larger academy schools have to pay the levy, which also helps to increase apprenticeship awareness. ‘Three of our academies down here pay it. They are now starting to look at using apprentices in roles that they have,’ says Kevin.

Schools have tended not to be aware of apprenticeship opportunities for STEM students, although the situation is improving, says Heather Aspinwall, who manages Wirral Metropolitan College’s STEM Centre. Opened in November 2016, the centre trains students and runs events for schools and employers.

It also collaborates with the Royal Society of Chemistry (RSC) to support people aspiring to work in chemical sciences.

Heather gives an example of two female students who have worked their way through a Unilever apprenticeship scheme with Wirral, initially doing an HNC, before completing part-time chemistry degrees at Liverpool University. Although their former grammar school was initially sceptical of the value of apprenticeships, it now proudly invites them back to talk to current students.

Universities are also full of praise for apprentices on their courses, adds Heather. In particular, they welcome their understanding of how they can apply their knowledge, as well as their work ethic and soft skills.

Andy Lawson, chief operating officer at Winbro, a Leicestershire company that makes machine systems and components for the aerospace industry, is also an enterprise adviser. He is working hard to change the perception of apprenticeships within schools.

‘We are starting to get traction in the academy by exposing students to other vocational options. I am excited to be making a difference,’ says Andy.

In Andy’s experience, Winbro has developed ‘stronger bonds’ with its apprentices compared with university graduates, who are more likely to move on.

Meanwhile, Heather thinks that apprenticeships can also help to address the problem of young women leaving roles as working scientists. ‘That doesn’t tend to happen through the apprenticeship route.’ For example, female apprentices continue to work as chemists well beyond their undergraduate degrees, she adds.

The sets of skills that apprentices need to acquire are described in standards. The government’s Trailblazer scheme brings together groups of employers to set standards in different sectors. For example, the RSC is a member of a Trailblazer group for a life sciences and industrial sciences apprenticeship standard.

As well as listing knowledge and skill requirements, the standard also states that apprentices need to understand the business environment and to use creative thinking and problem solving. Meanwhile, required behaviours include good communication and time management.

Finally, those that have completed apprenticeships can apply for professional registration with the Royal Society of Biology, IChemE, and the RSC. While Adam is registered as RSci Tech, there is also RSci.

Those interested in applying for an apprenticeship can visit the government’s Find an Apprenticeship website. Just be prepared for hard work. ‘It is a challenge because you have to juggle doing the apprenticeship, your project work and university work on top of that,’ says Adam.