Another of the university’s key objectives is to support STEM (science, technology, engineering and mathematics). These subjects are expected to be a major driver of economic regeneration, job creation and high tech innovation, while also shaping the delivery of a low carbon future based on sustainable technologies and scientific innovation. Between 2009 and 2012, the University of Bradford was one of six universities to lead a three year, £21 million HEFCE programme to promote STEM. 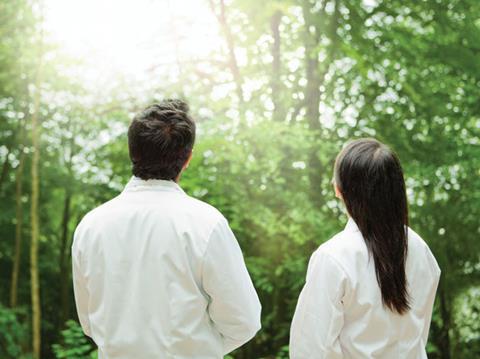 Keen to focus on the important relationship between STEM and sustainable development, the university set up a project called Greening STEM. This project was specifically designed to address difficulties often facing higher education institutions in terms of making a meaningful contribution to address sustainability within STEM subjects.1

As well as transforming the curriculum and infrastructure in these sections of the university, Greening STEM aims to ensure that the changes are constantly evaluated and the lessons learned are used to drive further change within both the university and the sector as a whole.

The university’s chemistry and forensic science division ran a subproject within the broader Greening STEM project called the Big Green Lab project from 2011–2012. While it focused specifically on chemistry at the university, it was a collaborative venture that drew on staff expertise spanning the chemistry and forensic science division, pharmacy division, building STEM at Bradford programme, innovation and environmental strategy and the university’s estates and facilities team.

Laboratories are energy and resource intensive environments, and as students spend a large part of their chemistry degree in a laboratory, it is the natural starting point for developing greater awareness and understanding about sustainable development. It was therefore decided to refit one of the chemistry teaching laboratories in a sustainable way.

The first step in this process was to pilot a laboratory audit system that had been designed for the National Union of Students’ environmental accreditation scheme called Green Impact. With the help of external consultants, this audit identified all the possible ways the environmental credentials of the lab could be improved. An oral presentation was then given to the students to inform them of the findings of the audit.

A student questionnaire was carried out before and after the lab refit, to evaluate the impact it had on the students’ understanding of both sustainable development and green chemistry.

The laboratories before (left) and after (right) the refit

In the first questionnaire we found that just over half of the participating students (n=66) had not come across the term ‘responsible science’. When they were asked to say what the term meant to them there was a wide variety of answers, which fell into two broad categories: being safe and taking care in the lab, and being aware of environmental and conservation aspects of using chemicals and the moral responsibility of contributing towards a better world.

Examples of answers given that fall into the first category include: ‘carrying out experiments/scientific conduct in a sensible and safe manner’, ‘taking care of yourself and people around you when handling hazardous reagents’, ‘being careful as science can be dangerous’, ‘don’t endanger people’ and ‘not blowing things up’.

Examples of answers given that fall into the second category include: ‘being responsible for the environment is an ethical consideration’, ‘ecologically, morally and economically friendly science’, ‘ethical and environmental friendly science’, ‘understanding the consequences of the various endeavours scientists may have on their environment’, ‘conservation of chemicals’ and ‘science can help save the world, it plays an important role in coming up with ideas which can reduce the effects of planet change’.

After the refit students were more aware of the 12 principles of green chemistry, including the need to minimise chemical waste

Post-refit, the students that participated in this second questionnaire were also more aware of the 12 principles of green chemistry.2 They could better articulate the principles and their relevance to their own practice. Responses include: ‘there are 12 guiding principles and they help science to be green/environmentally safe’ and ‘principles to follow (12 green lab) to ensure work isn’t harmful to surrounding environment’.

In the second questionnaire, more of the students were also knowledgeable about the correct usage of fume cupboards, although this increase in number was very modest.   Comments that indicated increased awareness of fume cupboards and their correct usage including function, control, fumes and safety include: ‘there are differences between them based on intended use and cost’, ‘different models and different fume cupboards for different tasks’ and ‘they differ in safety and purpose’.

No compelling patterns of learning were identified in terms of water and energy monitoring feedback systems and more work needs to be done on introducing students to the potential advantages of their usage. Some students saw the advantages of feedback systems: ‘it helps us to know how our work is effecting the environment’, while others were less convinced: ‘why do I care?’. An additional issue here was that not all the monitoring equipment was functioning effectively.

As well as the physical changes, the Big Green Labs project involved redesigning the entire undergraduate chemistry curriculum to put education for sustainable development at its core.

One lab experiment, for example, was redesigned to introduce green chemistry metrics to the students. In recent years a number of green chemistry metrics – such as environmental (E) factor, atom economy, carbon efficiency and effective mass yield – have been developed for assessing the environmental impact of chemical processes. The students were divided into groups and each group given one of five potential synthetic routes to the same compound as well as a number of different metrics by which to assess their route’s greenness. Each individual student then selected the metric they thought best able to prove the environmental credentials of their group’s route and argued their case with their group members. The groups were then combined, and all the students together decided which synthetic route of the five was really the most environmentally friendly and discussed the issues with the current green metrics.

... current metrics do not provide a black and white answer to what is a green reaction

The students gained an appreciation that by using different metrics they could arrive at different answers (each with its own merits), and that the current metrics do not provide a black and white answer to what is a green reaction. Student feedback indicated that the session had succeeded in developing a critical appreciation of the use of metrics which they could then apply in their future laboratory work.

Another new addition to the curriculum is a Dragons’ Den-type mini research project for third year undergraduates. A route to extracting fine chemicals from curry-waste streams is one idea put forward by the students so far.

The Big Green Lab project may have finished, but the physical changes in the university’s chemistry division are still ongoing. Institutional funding has recently been agreed to refurbish all this division’s undergraduate teaching labs.

Lessons learned in chemistry are also currently being applied in the overhaul of both the curriculum and teaching laboratories in the university’s chemical engineering division.

Additionally, the knowledge gained through the first chemistry laboratory audit and refit has been used in the building of new, sustainable STEM outreach facilities at the university. The jewel in the crown of the university’s sustainable development ambitions is the Bright building. This building opened last summer and is made of hemp – a breathable material with many health and ecological benefits. It has been designed to maximise daylight, has rainwater harvesting, air source heat pumps and solar thermal and photovoltaics. The whole building was designed and assessed against an international rating system called BREEAM (building research establishment environmental assessment methods), and is currently achieving the highest score of any building in the world. The Bright building has a STEM outreach lab on its lower ground floor.

This lab also works closely with the university’s Cavendish building, which is entirely dedicated to STEM outreach. This dedicated £1.3M HEFCE-funded world-class laboratory is designed for working on STEM with both primary and secondary schools as well as other outreach projects. The Cavendish building and its labs are built along the same sustainable development principles as the Bright building.

While individual projects may be relatively simple to initiate, it is often more difficult to reach the core of staff, students and stakeholders or influence organisational culture.1 The Big Green Lab project is one example of creating connections across an organisation, subject and professional boundaries. This represents the start of an exciting journey for the University of Bradford and hopefully academia as a whole. 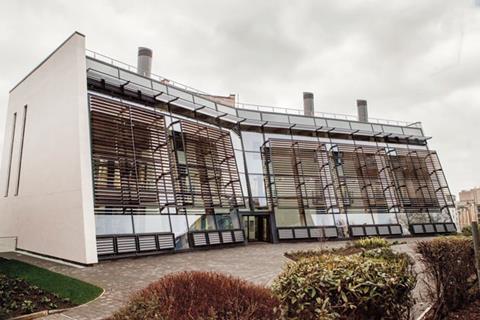 The authors would like to thank the National HE STEM Programme for funding this project. We are grateful to the students who engaged with the project and also colleagues including Graeme Dean and Alan Hague for their technical support.