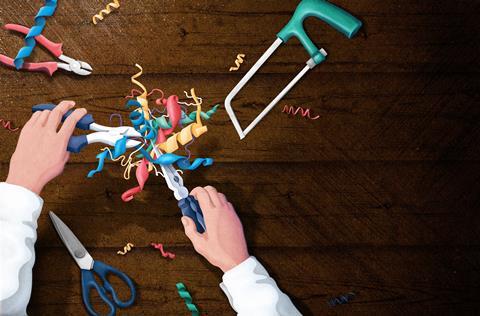 Enzymes are a bit of a biochemical miracle. They are nature’s own catalysts, and each has been perfectly tuned to accelerate a specific reaction over millions of years. They are often much more efficient than man-made catalysts. This is why enzymes are heralded as the catalysts of tomorrow. They promise a greener future where industry uses fewer heavy metal catalysts and fewer synthetic steps.

For a long time, chemists have tried to harness the power of enzymes for big industrial reactions. However, enzymes are so finely tuned to their conditions and roles in nature, they cannot be simply applied to different ones in the lab. Making them work takes an almost supernatural-sounding approach, and involves resurrection of ancient enzymes and super sped up evolution.

Download this article and the teaching resources from rsc.li/2LezCiZ

The science that wins Nobel prizes can seem impenetrable to students. Pupils might feel their knowledge is far removed from the cutting edge of research, but that need not be the case. This article presents the science celebrated in the 2018 Nobel prize for chemistry in an accessible way for 16–19 year olds, building on their understanding and extending them beyond the curriculum. It makes a useful addition to the curriculum for advanced chemistry students who have a working knowledge of organic transformations.

Natural enzymes are usually fine-tuned to their specific reaction and they work poorly in other environments and with other reagents. However, long ago, before evolution made them perfectly adapted to just one reaction, they were able to catalyse more and different reactions. These ancient enzymes have a chance of working in artificial environments. The problem is that they aren’t around anymore. So, chemists have to go back in time. 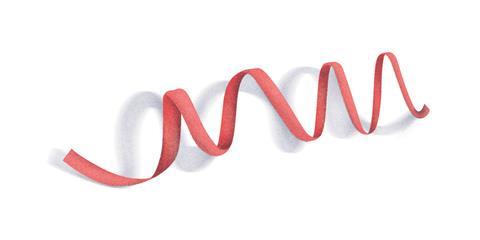 Chemists can resurrect extinct genes that code ancient enzymes, from the dead. ‘By analysing related enzymes we can go right back to the common ancestor,’ explains Cathleen Zeymer, a biochemist who researches enzyme design at ETH Zurich in Switzerland. This process is known as ancestral sequence reconstruction, or ASR. During ASR, researchers compare related modern enzymes and note their similarities and differences. They then use statistical methods to find a likely common ancestor gene for the enzyme group. Scientists can then make their calculated ancestor gene and insert it into living bacteria where the gene produces an enzyme.

If their calculations are correct, the enzyme created will do the job of the original group of enzymes analysed, but not in a highly specialised way. ‘These ancient enzymes tend to be more evolvable and often also more stable, to heat for example,’ says Cathleen. Once they have their ancient enzyme, they can then start their own evolution, perfecting this new enzymes to become the perfect catalyst for a new and unnatural reaction. This process is called directed evolution.

Directed evolution mimics nature’s method for evolving proteins, but in a mere fraction of the time. Instead of taking millions of years, it takes months. ‘Directed evolution is a very powerful technique because it mimics natural selection, an incredibly efficient optimisation algorithm that is used in nature,’ says Cathleen. It is so powerful in fact it earned Frances Arnold, pioneer of the technique and professor of chemical engineering at Caltech, the 2018 Nobel prize in chemistry.

In nature, genes coding for enzymes occasionally randomly mutate. Sometimes, the mutation leads to a better enzyme. If that improved enzyme strengthens the organism’s survival chances, the mutated gene has a higher chance of being passed to the next generation. After innumerable rounds of this process, a close to perfectly adapted enzyme has been evolved.

They let evolution do the hard work for them, waiting until one of the many, many mutations hits the jackpot

Directed evolution follows the same steps, but each is separated out and sped up. First, scientists randomly mutate enzymes to create a huge variety of mutant enzymes. They then select mutants that perform better than the old enzyme for further mutation and testing. The process continues until the researchers are satisfied with the performance of the new enzyme. That way, they let evolution do the hard work for them, waiting until one of the many, many mutations hits the jackpot.

The result is an enzyme that does exactly what you want. Using directed evolution, chemists and chemical engineers have optimised enzymes to do reactions entirely unnatural to them, under conditions they would otherwise never work in, and in some cases doing chemistry completely new to nature. ‘When it was first developed and then applied to optimise biocatalysts,’ says Cathleen, ‘it was truly groundbreaking.’

Enzymes developed by directed evolution have already had a big impact on chemical industry. More efficient catalysts give more of the desired product, and less unwanted side-products. This is particularly important in pharmaceuticals production. 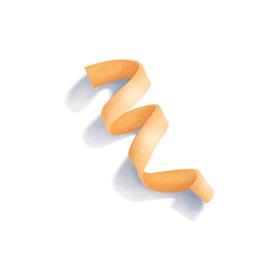 More than half of all currently used pharmaceuticals are chiral, meaning they can exist in two forms that are mirror images of each other, known as enantiomers. Only one of the enantiomers works as the drug and the other may have dangerous effects on the body. Reactions often give a mixture of both forms, requiring long, complex procedures to sort one from the other afterwards. Enzymes, however, are extremely good at producing only one enantiomer of the product, and remove the need for chiral separation steps.

‘A milestone example is the synthesis of the drug sitagliptin,’ says Cathleen. Sigtagliptin is a diabetes drug. For years it was produced using rhodium catalysts and needed chiral purification steps to ensure only the correct form went into the drug. Then, an enzyme – a transaminase – was discovered and improved using directed evolution. Merck, who manufactures sigtagliptin, now simply uses the transaminase for their synthesis, avoiding the extra steps and the metal catalysts. ‘Here directed evolution was used to develop an efficient biocatalyst that replaced a classic chemical process,’ Cathleen adds.

How to nature hack

Use this worksheet alongside the article to extend students’ thinking beyond the organic transformations in their syllabus. 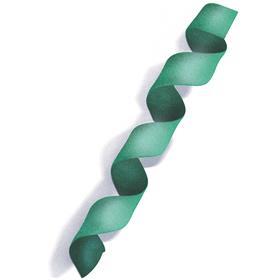 Many are hoping that directed evolution will unlock more holy grails in catalysis, such as a Diels–Alderase enzyme that can be used industrially to catalyse the Diels–Alder reaction. This reaction is used everywhere in the pharmaceutical industry, for example in antibiotics and anti-cancer drugs syntheses.

But here, directed evolution might need some help from computational chemistry. Cathleen, and other scientists, have decided to bring in the help of powerful computers to design enzymes that they can then make in the lab. ‘I’m particularly interested in artificial metalloenzymes, where we combine the catalytic power of a metal ion with the specificity of a computationally designed protein,’ Cathleen says.

Designing the enzymes from scratch is known as ‘rational design’ and is often posed as the main alternative to directed evolution. But because the algorithms are not yet perfect, often their predictions are off the mark. Most of the time, the artificial enzymes are ‘many orders of magnitude less efficient than natural enzymes’. That means that, once designed and synthesised, chemists must follow up with directed evolution to make sure that their enzymes are up to scratch.

Some artificial Diels–Alderases have been designed and refined using this approach. However, they are still outperformed by the natural enzymes. This is why the hunt for a natural Diels–Alderase that will work in industrial conditions continues in parallel. Though the field has come far, we can’t yet get perfect enzymes straight out of a computer.

Meanwhile, directed evolution is also enabling more fundamental research into the mysteries of nature. ‘We want to understand how to make new enzymes and here we can learn a lot from nature,’ says Cathleen. The ability to imitate and accelerate evolution allows scientists to study how enzymes evolve in nature. Hopefully, a new class of enzymes tuned to our every industrial need might one day result from this curiosity.

All images in this article: © Dan Bright/Lost Studios