This year half of the Nobel prize in chemistry was won by a woman for the fifth time ever: Frances Arnold. She won it for the directed evolution of enzymes, a technique she has pioneered over the past 25 years and has used to pursue new avenues within green chemistry and to engineer reactions completely new to nature.

Directed evolution (DE) is a biochemical hack, a way to massively speed up and guide evolution to produce the best possible solutions. Proteins, and specifically enzymes, are randomly mutated many times over, and are then screened to find out which of them work better than before. The ones that do are selected and amplified, and the process is repeated: mutate, screen, select. 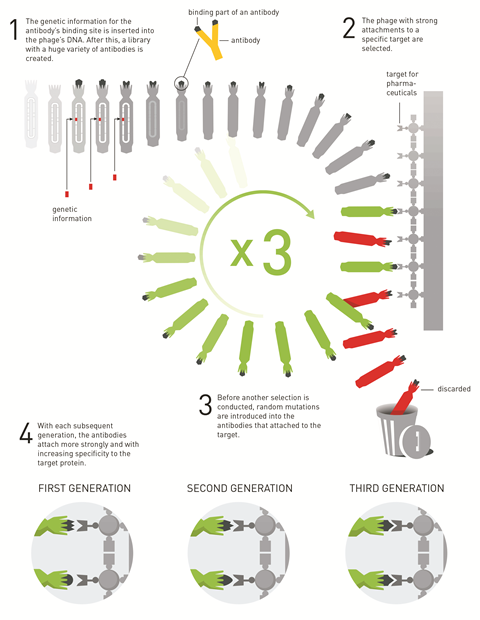 Playing a part in producing new pharmaceuticals for hard-to-treat illnesses, directed evolution is helping to create new drugs for cancer and autoimmune diseases

The end goal is to employ new enzymes as catalysts in the chemical industry. Using an enzyme over a synthetic catalyst is often more environmentally friendly because it reduces the need for unsustainable metals and can lessen the number of synthetic steps. Plus, in certain fields like pharmaceuticals, enzymes often perform better because they’re great at producing only the desired product, rather than a mixture of more or less useful compounds – a feature which is very hard to duplicate in conventional catalysts.

One way to introduce enzymes to industry is to make them work under different and often unnatural conditions, and this is exactly the approach that Frances has spearheaded. For example, she has evolved enzymes to work in common organic solvents, much used in chemical industry, despite them being completely unnatural environments for the enzymes, and has worked on extending the temperature ranges within which the enzymes are stable and able to function. 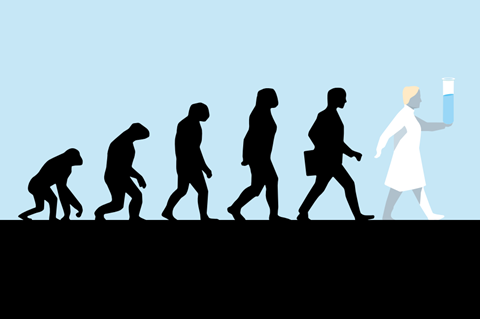 Another approach is to make enzymes take on completely new reactions. Frances’s team has made enzymes do things that have never before been done in nature, or are incredibly rare. They do this by checking if, in addition to its normal function, an enzyme can also catalyse a different reaction, often not part of nature’s usual repertoire. If it works, even poorly, DE can then be used to improve its ability. Examples of this particular approach include Frances’s version of haemoglobin that catalyses olefin cyclopropanation; a cytochrome c that enables carbon-silicon bonding; and a cytochrome P450 that allows intermolecular C-H animation.

Frances’s work on DE has pushed the boundaries of what can and what can’t be done, both in nature and in science. The more, improved enzymes are evolved, the more reactions can be simplified and the more conventional catalysts can be replaced. From that perspective, DE could be one of the main ways to realise the green overhaul of the chemical industry.

Visit the Nobel prize website for a downloadable lesson based on this year’s chemistry prize, including lesson plan, slides, teacher notes and student worksheet.