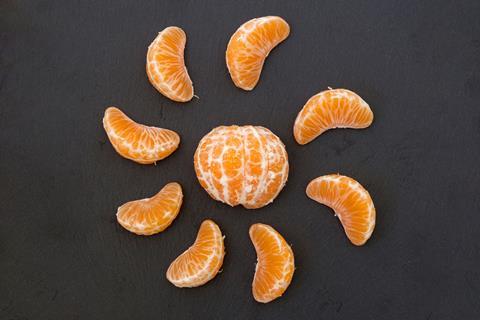 Sequencing and segmenting is one of the most powerful concepts in a science teacher’s arsenal. In short, it determines the order in which topics are taught, and where you choose to break them up for students to have an opportunity to practise. If your sequencing is off, students won’t understand your explanation. If your segmenting is off, they won’t remember your explanation. Below is an example of how you might tackle this for one of the most challenging topics to teach at 14–16 chemistry: construction of ionic equations.

We could start here with the most common problems students have when constructing these equations and use those to work backwards. If we can isolate each difficulty, then we can teach them explicitly in turn and allow students’ skills to gradually build. In my experience, students have difficulty with:

To address these, we can sequence and segment as follows:

First, give students some recall questions for the formation of a compound like sodium chloride along the lines of:

This enables you to test prerequisite knowledge, give your students the opportunity for retrieval practice and help your students see the connections between different topics.

Then show students a simple graphical way of writing the compound as ions:

Do another example, then give students some examples to do themselves, each with 1:1 ratios like calcium oxide or aluminium nitride (see attached resource for an example sequence).

Do another example, then give students some examples to do themselves, each with 1:1 ratios like calcium oxide or aluminium nitride (see the accompanying resource for an example sequence: rsc.li/3aZ6LeZ).

Next, discuss with students what it would look like with 2NaCl. Draw it out again: 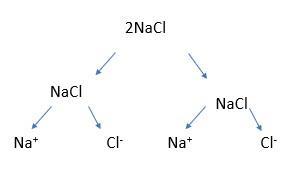 And explain that you would write this as 2Na+ + 2Cl-

Again, give students the opportunity to practise this with more 1:1 examples but with a range of stoichiometric numbers.

Now is the time to introduce subscript numbers, perhaps using sodium oxide as an example, which is written as 2Na+ + O2-:

Give students some more to practise, then pause and show them an example like 2Na2O to marry this step with the previous step. Give them a lot more practice, mixing examples with different ionic ratios and stoichiometric numbers. You can also add written formulas as well like ‘sodium sulfide’ to help them realise how interconnected the topics are and that you can go from formulas to ions and from ions to formulas.

You will also want to introduce polyatomic ions like sulfate, hydroxide and carbonate. As above, model a few examples, then give students an opportunity to practise, keeping your first examples varying only slightly, for example: sodium hydroxide, sodium sulfate, sodium carbonate, aluminium hydroxide, aluminium sulfate etc.

You will have taught your students that covalent substances are distinct from ionic ones and therefore do not have ions in them. Use a simple example like chlorine and refer back to your previous explanations showing that chlorine does not split into Cl- and Cl+ ions. Then give students a further practice set similar to the one above but interspersed with covalent examples (don’t forget to vary stoichiometry, ionic ratios and polyatomic ions). As above, you can introduce words like ‘graphite’, ‘silicon dioxide’ and ‘methane’.

Download this example sequence worksheet as MS Word or pdf.

Before starting ionic equations, most schemes of work will have introduced acids and their various reactions. You can now go back to the three major acids and discuss how they also split into ions, despite them looking at first glance like covalent substances. By this point, your students should not be confused as to why H2SO4 forms two H+ ions.

Your students are finally ready to tackle ionic equations. I would normally do a few similar and simple ones (metal + acid), explain the elimination of spectator ions and then give students the opportunity to progress through some varied practice. A practice sequence might look like the following:

It may seem like a long way to go about it, but you can almost guarantee that they will be better chemists for it, not only in terms of their ability to construct ionic equations, but also to understand why they are the way they are, where all the rules come from and how chemistry’s interconnectedness is perhaps its most defining – and beautiful – characteristic in school science.