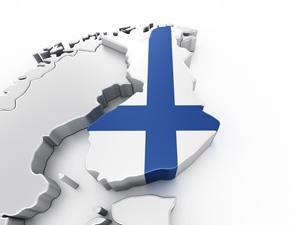 Changes in Finland will see students spend more time studying topics that cut across the range of traditional subjects, such as chemistry, once the new national curriculum for basic education comes into power in August 2016.

Last month, a UK newspaper grabbed attention when it claimed Finland, renowned for its success in education, had scrapped subjects altogether. The education authorities in Finland have since made clear they had done no such thing – subjects will continue to play a central role. But they have confirmed the reforms will entail significant change, in particular an emphasis on ‘multi-disciplinary, phenomenon- and project-based studies’.

Schools will provide at least one topic-based study period per school year for all students. Several teachers may work with any given number of students simultaneously for these periods, which will make use of ‘viewpoints, concepts and methods’ from several subjects.

The extent to which chemistry might be involved in such topic-based study remains to be seen. Topics will be set at ‘local and school level’. But commenting for The Conversation, Pasi Sahlberg, a Finnish educator and scholar who has written several books on the Finnish education system, suggests as examples: the European Union; community and climate change; and 100 years of Finland’s independence.

‘Developing schools as learning communities, and emphasising the joy of learning and a collaborative atmosphere, as well as promoting student autonomy in studying and in school life – these are some of our key aims in the reform,’ explained Irmeli Halinen, head of curriculum development at the Finnish National Board of Education, in a blog post on the subject. ‘In order to meet the challenges of the future, there will be much focus on transversal (generic) competences and work across school subjects.’ She added: ‘School subjects still have an important role to play in teaching and learning.’

Finland enjoys an excellent reputation for education, but in recent years has slipped down the influential Programme for International Student Assessment (PISA) rankings, although it remains high overall. Between 2003 and 2012, Finland fell from second to 12th place in mathematical literacy among school students. In scientific literacy, Finland has lost ground but by much less and still ranked 6th out of the participating countries.