Girls drop STEM subjects due to pressure from parents, but a third of teachers also think STEM subjects are a better fit for boys 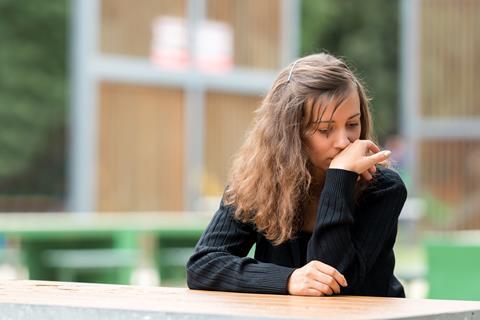 Survey results reveal girls lack confidence in their science and maths ability, but they later regret dropping these subjects. Both parents and teachers strongly influence students’ views and choices. However, teachers say industry could do more to inspire young people to study science, technology, engineering and maths (STEM) subjects, and dispel some of the myths around STEM careers.

The survey by professional services group Accenture revealed more than 60% of girls aged 14–24 surveyed regretted not having studied STEM subjects for longer. A third of those said STEM subjects are more relevant than they realised, while a similar number said studying STEM subjects would have broadened their career options.

Joy Parvin, director of the Centre for Industry Education Collaboration (CIEC) at the University of York’s department of chemistry, says there are companies who don’t see why they should work with youngsters before they study for A-levels or go to university. However, ‘you need to start much younger because if you can switch them on and keep them interested … you will grow a potential workforce.’ The survey suggests 40% of teachers think boys’ preferences for STEM subjects are apparent before the end of primary school.

The survey of more than 4000 young people aged 7–24 found that just 32% of girls and young women associate a career in science and technology with being creative. ‘Industry is usually really shocked that children don’t realise creativity and problem solving is a big part of work,’ adds Joy. ‘Nor do youngsters realise that ‘scientists work in teams, rather than alone at a lab bench. Team collaboration is a big part of what’s exciting to pupils.’ Indeed more than half of girls and boys said they associated a career in science with working in a laboratory; 41% of girls associated it with wearing a white coat.

Just 29% of girls [said] they felt more confident about science and maths than other subjects, compared to 48% of boys

However, youngsters recognise the impact a science career can have: just under half connect it with solving world challenges. They are also in no doubt future jobs will require STEM skills, while 75% of girls and 82% of boys surveyed believed STEM skills would help them get the job they wanted.

Stereotyping comes from both parents and teachers

Only 34% of youngsters surveyed said they would look to business and employers for career advice. They were most likely to be influenced by parents, with 71% looking to them for advice; 50% said they’d seek advice from school careers services and 35% from universities.