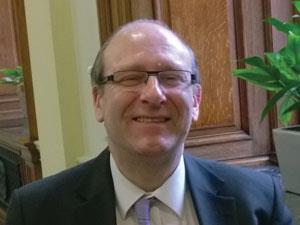 I’ve been involved in the ‘mathematics for chemistry’ agenda for longer than I care to remember. First as a teacher of this subject, then as a writer of software, a textbook author and latterly as the author of a regular column in this magazine.

It’s easy, when involved in all these activities, to fail to stand back and to appreciate the enormity of the challenge. Most chemistry departments will take students with a grade C at GCSE, and equip them with the skills including calculus to cope with such mathematically demanding topics as kinetics and quantum mechanics. Most departments run a ‘mathematics for chemists’ course, although sometimes students are directed towards courses taught by the mathematics department (that’s another interesting debate). The fact that this challenge is routinely achieved is a great testament to those who do teach such courses. I do believe that in no other subject is there such a gap between what students can do mathematically when they arrive at university and what they are subsequently required to do.

The content of such courses is generally uncontroversial, at least when taught by chemistry departments. Algebra, functions, trigonometry and calculus are all typically taught. Data handling is also obviously important, although I suspect that we could do our students a favour by including more statistics to assist them in their later careers.

There are, of course, a few departments who are able to insist on A-level mathematics as an entry requirements but these are very much in the minority.

I’ve always tried to make a distinction between two types of student who arrive at university to study chemistry without A-level mathematics or equivalent. The first group is very capable mathematically, but simply hasn’t pursued the subject beyond GCSE for a variety of reasons. Addressing the skills gap for these students is relatively straightforward as they have no trouble in grasping the concepts and are sufficiently confident to apply them. The other group is more challenging. ‘Mathematical anxiety’ is a known term (it even has a Wikipedia entry) and it may be very difficult for the university teacher who feels totally at home within a mass of differential equations on a whiteboard to empathise with a student who suffers from this.

While these groups do have different needs, what they share is simply the amount of time they have been away from studying mathematics. This is important given the nature of the subject, where essentially active learning is required, so a lack of practice can be quite detrimental even to relatively competent students.

Giving these students the skills they need is an achievement and has been partly due to some of the excellent resources that have been developed. In pre-internet days the Computers in Teaching Initiative Chemistry Courseware Consortium devoted a considerable proportion of its resources to developing software in this area. More recently the Royal Society of Chemistry’s Discover Maths for Chemistry project sought to collect existing resources together rather than develop new ones. These are merely two examples taken from the two ends of the time frame in which I have been working. There are, of course, many others.

The issue has also resulted in many meetings of like-minded people, eg by the Higher Education Academy (HEA) and RSC to discuss how to better support this group of students. Students undertaking PhDs in physical chemistry also need a sound knowledge of the underlying mathematics of their specialist research area. Some of the HEA meetings have also been open to physicists, who clearly have more demanding mathematical requirements but can generally have the advantage of being able to insist on A-level mathematics.

When thinking of resources it’s easy to overlook the many textbooks that have been written. There was a proliferation in the 1990s, perhaps because that’s when the ‘mathematics problem’ as it came to be known was first recognised and when teaching maths in context really came into its own. Not everybody agrees with this approach of course, and if I’m honest I suppose that I started to teach in this way because it instinctively seemed to be the right thing to do, rather than from any deep pedagogic background.

...don’t tell the mathematicians what I am doing!

I would often find myself making statements to classes along the lines of ‘don’t tell the mathematicians what I am doing!’ One example of where the approaches would be very different was in the area of quadratic equations. Most mathematicians wouldn’t dream of tackling this without ensuring that students had a sound grasp of factorisation. That is a topic that I wouldn’t actually teach. The reason is that the quadratic formula can always be used as an alternative approach. More importantly, the handful of quadratic equations that are met by chemists have fractional coefficients and consequently can only be solved using the formula.

The HEA is currently undertaking a project to look at the underlying mathematical needs of a number of disciplines including chemistry, with a particular focus on the transition from school and college to university. The report will be available later in the year and we hope that this will be a useful addition to the existing literature on this subject.

It is perhaps easy to be cynical about the whole issue of mathematics in university chemistry teaching. On the other hand, chemistry departments have sound strategies in place to ensure students can successfully undertake a degree in the subject regardless of whether they have studied A-level mathematics or not. This is down to the efforts of the staff who teach in this area who are passionate about sharing their knowledge and know that the mathematics is an essential tool without which this cannot be achieved. Several have been involved in the development of excellent resources using various media, which have certainly added to the bank of materials that can support such teaching. Finally, there are many studies that seek to better understand the underlying situation and will help to guide developments in the future.