Meet Lee Goodwin, a bioanalytical chemist who helps unpick what our bodies do with the drugs they are given 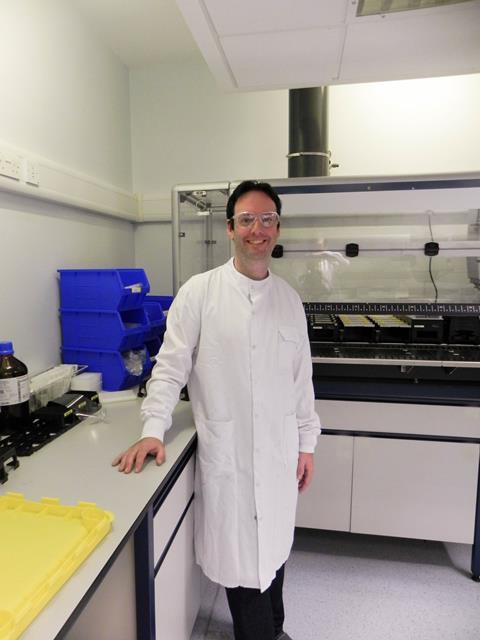 During the development of new drugs, it’s vital to understand how they behave once inside the body. How drugs get absorbed into the bloodstream, whether enough then travels to the site in the body where it’s needed, how the body metabolises the drug and, finally, how it is excreted. These are all questions that bioanalytical chemists such as Lee Goodwin can help answer.

‘My group analyses blood and urine samples after drugs have been dosed to individuals to determine drug and drug metabolite concentrations,’ Lee explains. This group, at the contract research organization (CRO) Covance in Harrogate, is currently supporting trials of antiviral drugs being assessed as potential treatments for Covid-19. ‘The drugs we’re working on at the moment are in phase I clinical trials,’ says Lee. They are being administered at different doses to healthy volunteers to determine the drug safety before it’s given to patients.

‘From primary school, science was the subject that I enjoyed the most and I always knew that I’d go into science as a career,’ Lee explains. This interest led him to the University of York, to study first for a biochemistry degree and then for a PhD in analytical chemistry. After graduation, in 2003, Lee moved south to Ware to join a bioanalytical science group at the pharmaceutical company GlaxoSmithKline (GSK). Five years later he returned to the North to join Covance. As a CRO, Covance is contracted by pharmaceutical companies to support the development and testing of potential new drug molecules.

Lee remained at Covance until October 2017, when he joined a different CRO, ACM Global Laboratories, based in nearby York. Then, in June 2019, Lee returned to Covance to take up his current role as director of bioanalytical chemistry.

Carrying out a chromatography experiment at primary school. We were given a piece of filter paper, asked to draw an ink spot on it and then put it in water. We watched how the spot separated out into the various different colours that made up the ink. I obviously never realised at that point that my career would be based a lot on chromatography. Before we can determine the concentration of a drug in samples, we use chromatography to separate the compound of interest from the other components of the biological matrix.

My A-level biology teacher. When I was having problems with a project, he helped me understand that science doesn’t always work in the way you expect it to. He explained that there is still lots to learn by understanding why things haven’t gone as planned.

What is it about bioanalytical testing that interests you so much?

We’re involved through the whole of the drug development process. Bioanalytical chemists support the selection of suitable drug candidates. Then, we support pre-clinical work where the first safety studies are run in animals. Next, we support the first-time-in-human studies, where drugs are normally given to healthy volunteers, followed by the clinical studies in patients. Then, even after a drug has been approved, we help with post marketing studies that monitor the drug safety and efficacy in the wider population.

What is your proudest career moment to date?

Seeing a drug that I’d worked on from the very early stages get approved in the US and UK and, therefore, start helping patients. There’s a lot of attrition in drug development, not very many molecules we start work on actually make it to market. 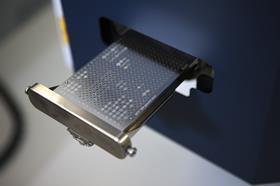 The triple quadrupole mass spectrometer. We use it to analyse everything from really small drug molecules right through to larger peptides and proteins.

What’s the best part of your job?

Looking at the scientific challenges and technical problems with other scientists and putting the plans in place and working against those plans to solve the problems.

If you could be responsible for any scientific discovery what would it be?

Given the current global situation, I’d like to be involved with discovering a very broad spectrum antiviral that could treat all respiratory viruses.

The best piece of professional advice you’ve ever received?