The molecular makeup of chocolate 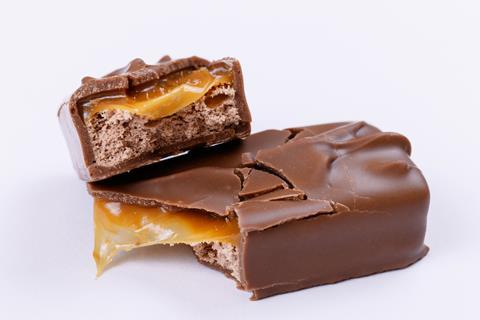 Why does chocolate taste so good?

First, chocolate melts in your mouth because its melting point is ca 34 °C, which is just below body temperature, and so it cools the mouth. The taste of chocolate, however, comes down to a blend of around 300 flavour compounds. Chemists have identified the dominant flavour molecules as substituted pyrazines, which are aromatic compounds of the formula C4H4-nRnN2 (where R = an alkyl group). They are produced when sugars and amino acids react during roasting of the cocoa beans. 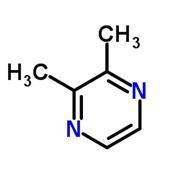 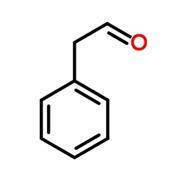 Pyrazines with a couple of methyl substituents, such as 2,3-dimethylpyrazine, have a nutty odour, while trimethylpyrazines and tetramethylpyrazines have more of a cocoa and coffee smell, respectively. Aldehydes also play a significant role in the taste of chocolate – notably 2- and 3-methyl-butanal (malt/chocolate odour) and phenylethanal (honey odour) have been identified. 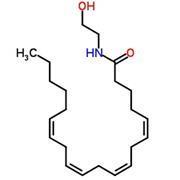 What other molecules have been identified in chocolate?

Several stimulant molecules have been identified in small amounts in chocolate, such as caffeine and phenylethylamine (PEA). It is unlikely, though, that PEA ingested from eating chocolate would reach the brain.

In 1996, scientists reported that samples of cocoa powder and chocolate contained very small amounts of anandamide. This molecule binds to cannabinoid receptors in the brain, producing similar effects to cannabinoid drugs, the major components of cannabis. Depending on the source and concentrations used, cannabis can act as a stimulant, depressant or hallucinogen. However, the amounts of anandamide in chocolate are unlikely to produce these effects.

But is chocolate good for you?

Chocolate also contains substantial amounts of polyphenols, eg flavonols, with dark chocolate containing more than milk chocolate. Being antioxidants, flavonols will react with and remove free radicals which are involved in the the ageing process and in the progress of illnesses such as cancer and heart disease. It is interesting that Switzerland, the nation with the highest per capita consumption of chocolate, has one of the lowest levels of obesity and heart disease in Western Europe. However, more research needs to be done before doctors can recommend eating dark chocolate on a regular basis as a way of reducing heart disease.