A day in the life of a trainee patent attorney: David Carling

David has spent the past six months working as a trainee patent attorney for Potter Clarkson LLP. He talks to Rachel Bolton-King about his typical day 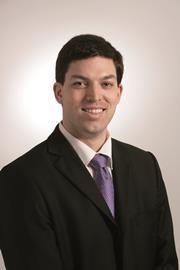 Potter Clarkson LLP is an independent, UK and European patent and trademark law firm based in Nottingham. David is training in patent law within the chemistry and pharmaceuticals department and it will take him five years to qualify. Patents are granted to protect the intellectual property of clients to ensure their competitors cannot make the same products or use the same processes.

David’s training is mostly on the job, with annual exams leading to qualification. In his day-to-day work he deals with real patents and his work is scrutinised by his supervisor, who is a qualified patent attorney. During his training, David’s tasks will cover all aspects of getting a patent to grant (prosecution) and enforcing clients’ patent-protected rights. Currently, David is learning how to draft patents for chemical products, file patent applications and obtain and defend a patent in countries his client seeks patent protection.

Clients approach the firm with products to be patented, eg a family of 30 related anticancer compounds. David creates one patent application to cover all 30 chemicals, and any future compounds suggested by the client. Initially, he determines the compounds’ common core chemical structure and details the location of all possible functional groups attached to this core. The client then provides David with the reaction methods used to make the compounds. Using his chemical knowledge, David must outline all possible reactions that could be used to make these chemicals. This is to broaden the patent protection and prevent the client’s competitors using the same general procedure but with slightly different reaction conditions.

David may spend many hours drafting a patent, he has to ensure the wording is concise and unambiguous. The client provides information on the product’s applications and David also includes in the patent specification test data from the client, eg nmr data, to prove that the compounds made are those described in the patent, and biological test data to confirm their anticancer properties.

When complete, David files the patent application with the World Intellectual Property Organisation (WIPO), which briefly examines its patentability – ie that the product is novel, inventive and industrially useful. Finally, the patent is sent to patent offices in each of the client’s nominated countries to be independently examined and granted. The inventive step requirement is often the most difficult for David to defend. By consulting patent case law and scientific literature, he must prove that a scientist would not have normally thought of the proposed substance or the method for formulating it. David can spend more than five hours researching and composing a carefully worded letter to defend an issue with a patent application. Examination can require many man-hours and it sometimes takes 10 or more years for a patent to be granted.

David enjoys the challenge of working on patents for a wide array of chemical products, which keeps him informed of innovations in science. After qualifying, David will be responsible for protecting the futures of chemical companies, with £millions at stake every time.

PhD student, Rachel Bolton-King was given a grant by Chemistry: the next generation (C:TNG) to write this article in collaboration with Education in Chemistry.