A day in the life of advanced scientist: Dan Clarke

Dan has spent the past 18 months working as an advanced scientist for 3M Healthcare. He talks to Rachel Bolton-King about his typical day 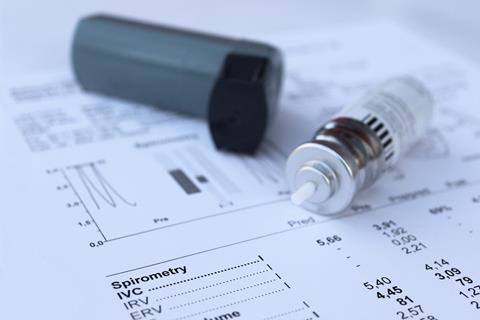 3M is a global technology organisation with over 75,000 employees working in various industries. Dan works in the healthcare division and is part of a team of 15 staff in the inhalation drug delivery (IDD) hardgoods R&D department based in Loughborough.

Dan uses laboratory procedures developed in-house to test prototype pressurised metered-dose inhalers (pMDIs) designed by the IDD hardgoods design team for pharmaceutical customers. He is currently working on two pMDI projects, both of which have been running for five years. Most development projects take up to 10 years to complete before the product goes on sale.

Pressurised metered-dose inhalers comprise a pressurised aerosol can containing the medication, a valve system to release a controlled amount of drug, a dose counter to record the number of doses remaining in the aerosol, and an outer plastic inhaler casing called an actuator. Dan performs force tests, shot weight tests and drop tests on all prototype pMDIs. In a force test, he uses a tensile machine to apply a known increasing force to the aerosol can. This test measures the force at which the pMDI fires a dose and is illustrated by a peak in the force profile. Dan fires the prototype 120 times, simulating the life of the aerosol, and for each fire the force peak must be similar and of the correct magnitude to show that the valve system is functioning properly.

To test shot weight Dan weighs the device before and after firing and checks that a consistent dose is released during each fire. If a more accurate analysis of the amount of active drug delivered is required, he sends the pMDI to the analytical chemistry department where the drug sample released in each fire is collected and analysed using high-performance liquid chromatography (HPLC).

The drop test checks that the pMDI is robust and conforms to international safety standards. Dan drops the device from one metre to the ground three times to check it does not break. He then fires the device to make sure a patient would still be able to receive a dose. To see if any particles have broken off from the device, Dan fires the device onto a filter, which he analyses using a microscope.

Dan records all his data in an Excel spreadsheet, which he uses to generate graphs of the results to illustrate the product’s performance and lifespan. These data are copied onto a shared electronic database, which can be accessed,viewed and used by all staff involved in the project. Every two weeks Dan attends a project meeting to present, discuss and review all the work that he and colleagues have done, and to propose any changes to the prototype and plan the next trial stage or repeat previous testing.

Dan may also modify test procedures to accommodate any modifications made to standard components in the pMDI. When Dan develops a new procedure, he writes the method into the IT system at 3M and his supervisor and head of department check the procedure before it is published for use in project testing. As lab supervisor Dan is responsible for ensuring equipment is calibrated. Analytical balances are calibrated monthly by an external contractor while other equipment is calibrated annually by the manufacturers.

Dan enjoys his job because it is varied, unpredictable and, in particular, satisfying because he is striving to develop products that will improve people’s health and quality of life.

PhD student, Rachel Bolton-King was given a grant by Chemistry: the next generation (C:TNG) to write this article in collaboration with Education in Chemistry.