Hospitals are a home for myriad microbes, but could researchers have a solution? 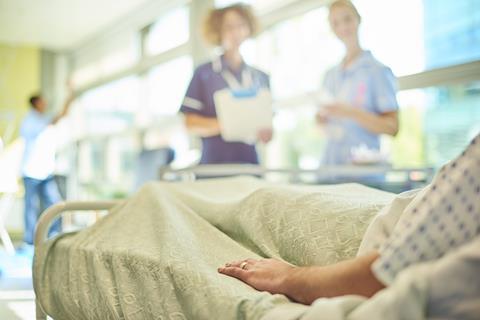 Ironically, hospitals are a reservoir for myriad microbes, from bacteria, through fungi to viruses – you’re just as likely to catch a bug as an inpatient that will cause you more problems than your original complaint. But researchers at University College London are on their way to a solution in the form of an antibacterial coating that can be applied on to a variety of surfaces, including glass and plastics. Any surface that is likely to come into human contact could be covered with the coat.

Zoie Aiken and her colleagues, presenting their work at a meeting at the Society of General Microbiology in London, in March, explained that their coat is made of titanium dioxide doped with nitrogen. When white light hits the surface of this coat, any microbes on the surface are killed thus reducing their potential to cause infections.

Team member and chemist on the project, Professor Ivan Parkin, explained to InfoChem: ‘In the dark, TiO2 coatings have no effect on the microbes. Shining a light on them, however, produces a negative electron and a positive charge, which migrate to the surface where they react with the air to form free radicals, including for example hydroxyl, •OH, and hydrogen peroxy, HOO•, radicals. These highly reactive chemical species will react with any organic material in the vicinity – bacteria, dirt, viruses etc – decomposing it, via a series of complicated chemical reactions, to carbon dioxide and water.’

Titanium dioxide alone, however, can only harvest a small proportion (1 per cent) of the Sun’s energy, ie from the ultraviolet region. Parkin explains, ‘Add nitrogen to TiO2 and this increases the amount of energy that the material can capture to ca 5 per cent and now the material can absorb in the visible region of the Sun’s spectrum’. This is promising since the main light sources in hospitals are in the visible region and so would activate the compound to produce the damaging radicals.

According to Aiken, the coating has so far been applied to glass surfaces where it has been shown to kill 99 per cent of Escherichia coli. This bacteria is known to be more difficult to kill than bacteria from the Staphylococcus group, which includes MRSA, so the initial results are encouraging.

The researchers are currently testing their coating on other surfaces, on for example computers, and against other bacteria.