Chemical warfare of a different kind

When teaching the hard facts of chemistry in the cold light of the classroom, it’s easy to lose sight of the rich historical foundation upon which our current understanding is built. We can easily fall into the trap of thinking ‘this is how it is and how it always was’, when in fact we are at one point on an evolving timeline driven by the interplay of experiment and developing theoretical understanding. By turning back the clock and enlightening students about the sometimes painful and disruptive birth of new scientific models, we can give them insight into the nature of the scientific method and bring some colour to what can be a hard slog through challenging material. 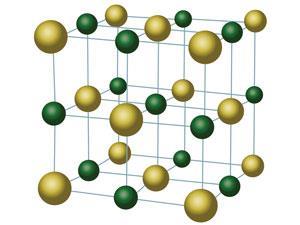 When Bragg published his seminal work on the crystal structure of sodium chloride (1927), showing the arrangement of ions in the familiar 3D lattice (and the absence of NaCl ‘molecules’), it might have seemed that the ’war’ was over. Not for Armstrong, who protested that the conclusions, based on x-ray physics, were ‘repugnant to common sense’ and were ‘not chemical cricket’. He later suggested that ‘it were time that chemists took charge of chemistry once more and protected neophytes against the worship of false gods’.

Clearly, this article is a rich source of anecdotes for those teaching related concepts, including advanced school-level topics such as ionic bonding and lattices, hydration and solution enthalpies. Students may adopt roles as opposing protagonists in evaluating the evidence of the day and developing their understanding of how models evolve over time. For those teaching at higher levels, the article outlines a sequence of activities in which students can explore the evolving mathematical models by performing calculations based on historical data, momentarily placing them at the past forefront of scientific understanding. And for those who don’t teach at all, the article simply provides insight into a fascinating episode in chemical history.