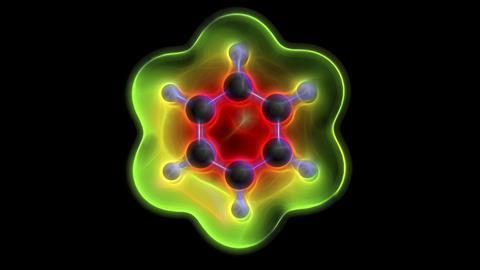 Does this resonate with you?

How to avoid common misconceptions when presenting resonance structures

The representations we use to describe resonance may contribute to students’ poor conceptual understanding. In particular, the canonical Kekulé resonance representation leads students to think of the resonance structures as separate entities. A new study has probed this misconception and suggests solutions.

Perceptual learning theory (PLT) may provide some insight into this problem. PLT groups the ways students interpret images into four categories. ‘Dimensionalisation’ describes comparisons made perceptually (eg rotation or reflection). ‘Segmentation’ is breaking down an image into related parts (eg bonds or isomers). ‘Unitisation’ is when students consider multiple parts of an image together as one informative unit (eg when considering multiple representations). ‘Idealisation’ means simplifying an image to represent the underlying concept (eg representing benzene with a circle inside the hexagon).

In their study, a cohort of 33 students received standard instruction on resonance. Afterwards, the researchers asked the cohort to describe what the canonical representation of resonance means. The research team coded and then categorised the answers using PLT.

The coded responses revealed that most students (78%) perceive each of the two hexagonal structures within the image as distinct entities, rather than a representation of a single concept. For example, many responses included statements referring to ‘bonds switching position’, ‘rotation’ or ‘reflection’.

The categorised responses fell mostly into the dimensionalisation and segmentation categories, rather than unitisation or idealisation. This indicates that students incorrectly assign distinctness to features of the representation that are meant to be considered together.

When two become one

These students were asked the same question as the previous cohort pre- and post-activity. The number of students’ responses categorised as dimensionalisation decreased significantly and unitisation-type responses increased. This aligned with an increase in the number of students who interpreted the resonance representation as a single phenomenon.

It is important to be aware of the misconceptions students are likely to acquire so that we can fix them or, better, stop them from forming in the first place. This study by Kim et al. suggests that the canonical representation we use for resonance can cause problems when students construct their own mental models of the concept. The initial misperception of the canonical resonance representation appears to be common, so we should attend to it with care. There are a number of ideas to consider: