Manage the load for students 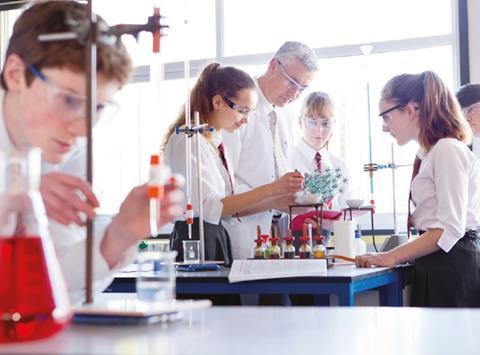 Inquiry-based science education (IBSE) has been identified to provide numerous benefits, but its implementation at school level has been limited. A key feature of IBSE is that students plan investigations themselves, selecting methods and tools to gather, analyse and interpret data, modelling the way that scientists work. Despite the espoused benefits, many teachers reject IBSE due to large class sizes, lack of technical support, and the need to prepare students for public exams. Some have also expressed the belief that IBSE may lead to a less robust comprehension of concepts than direct instruction. It has been suggested this latter concern could be tackled by managing the cognitive load experienced by students during IBSE, which may itself be achieved by reducing the degree of freedom afforded to learners during a problem-solving task. In this study, Szalay and Toth do just this by introducing elements of IBSE into what are otherwise traditional step-by-step practical activities.

The project involved 660 14–15-year-olds from 12 schools in Hungary whose teachers had been provided with three lesson plans on reaction kinetics. Students were divided into control and experimental groups. The latter group had to complete some IBSE tasks involving partial design of two experiments during practicals that were otherwise identical to the step-by-step activities undertaken by the control group. Pre- and post- tests were used to identify differences in outcomes with regard to the students’ ability to design experiments and their grasp of related subject knowledge. Analysis of the results showed a significant improvement in the ability of those in the experimental group in terms of designing experiments relative to their peers in the control group, although these students did also show some improvement.

The authors suggest that modifying traditional practical activities in this way is worthwhile, even if it is only done a few times each year. However, evidence was also presented that students, particularly the higher achievers, do not necessarily learn subject knowledge effectively through practical work whether IBSE is included or not, and this warrants further consideration. The authors propose that teachers would be more likely to implement IBSE if pre-adapted resources were made available to them, with the hope that positive experiences then would encourage them to apply more complex, open-ended inquiry tasks more frequently themselves.