A useful tool for curriculum design 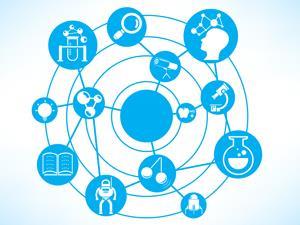 In order for students to successfully progress through their chemistry studies, it is crucial they build a solid conceptual foundation at each stage. However, evidence shows that many students completing US general chemistry courses lack conceptual understanding in key areas, impacting on their ability to handle higher level material encountered in advanced courses. In this article, Burrows and Mooring report on an investigation into concept mapping as an assessment tool to probe knowledge structures, with a view to informing future curriculum design.

In introducing their methodology, the authors discuss previous research indicating that concept maps are ideal for assessing the depth and breadth of students’ knowledge structures, while also allowing the visualisation of how students relate concepts to each other. Concept maps are made up of concept terms, linking arrows and linking phrases, the latter of which represent the relationship between pairs of concepts. This study sought to determine whether or not concept maps could measure students’ knowledge structures by using think-aloud interviews to investigate propositions students had made in concept maps they constructed.

Each participant (n=16) attended an interview in which they were briefed before constructing a concept map based on 14 specified bonding concept terms, using the software CmapTools. In the think-aloud portion of the interview, students verbalised their thought processes as they worked through problems taken from a bonding concept inventory. The student-generated concept maps were then graded and their think-aloud responses analysed to shed light on the relationship between their concept map and their knowledge structure.

The main problems encountered by those who achieved low scores for their concept maps related to unclear understanding of electronegativity, resulting in a poor grasp of polarity. Conversely, those with high scores displayed good understanding of electronegativity and polar bonding, and could use chemical terminology correctly and clearly. The ‘Implications for Teaching’ section at the end eloquently outlines the potential impact of this approach in supporting the effective redesign of curricula, a topic that will be dominating the thinking of teachers as new A-level specifications are adopted next year in England, Wales and Northern Ireland.