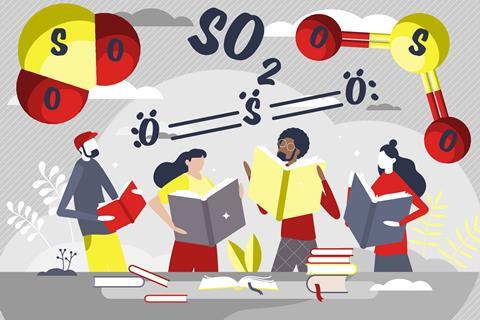 Over 1000 general chemistry university students took part in the study. They completed a short test, which asked them to predict the chemical properties of sulfur dioxide: relative bond length, molecular polarity and the strongest intermolecular force with a water molecule.

The study compared students’ responses between the four groups. The research duo found that the different representations led to variations in students’ ability to correctly predict relative bond length and molecular polarity. The Lewis dot structure representation hindered some students’ predictions of polarity if the shape of the molecule was inaccurate (which is common for Lewis structures). The ball and stick representation cued students to rely on visual estimations of bond length, for example. Finally, the least informative representation – the chemical formula – led students to use chemical conventions to work out their answers.