Most of this planet’s nickel is inaccessible, locked away in its molten iron core, which is calculated to contain 10% nickel. The nickel that we mine came from outer space, arriving as giant iron/nickel meteorites. One of these hit the Sudbury region of Ontario, Canada, hundreds of millions of years ago. Today it supplies about 140 million tonnes of nickel per year, 15% of the global demand.

The metal from iron/nickel meteorites was used by our ancestors as a superior form of iron. It was worked into tools and swords and was like the stainless steel of today. Because the metal did not rust, it was regarded by the natives of Peru as a kind of silver. In Yunnan, southern China, nickel was mined from nickel sulfide deposits: a zinc-nickel alloy called pai-t’ung (white copper) was in use as long ago as 200 BC. 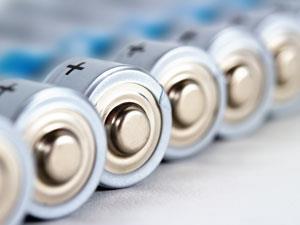 In 1888 Ludwig Mond greatly improved the extraction of pure nickel from its ores. He was investigating the problem of some leaky valves that were made of nickel and controlled the flow of carbon monoxide. He discovered that the gas was reacting with the nickel to form nickel carbonyl, Ni(CO)4, which is volatile and boils at 43°C. From this discovery came the Mond process for separating the metal. About half the nickel produced each year ends up as stainless steel, most of which is iron with around 18% chromium and 8% nickel.

Nickel is easy to work and can be drawn into wire. It resists corrosion even at high temperatures and so is used in gas turbines and rocket engines. Other important uses of nickel are in metal plating, industrial catalysts and in coins. Another application we couldn’t be without today is in nickel metal hydride (NiMH) batteries. These are increasingly used in hybrid vehicles as they are compact, reliable and have a long life-expectancy.

Most nickel ends up in alloys, some of which have remarkable properties. Invar (short for invariable) is 64% iron and 36% nickel, and has the curious ability of not expanding when heated. Nichrome is a nickel/chromium alloy that does not oxidise even at red heat and is used in appliances such as toasters and ovens. Monel is an alloy of nickel and copper that will resist corrosion by seawater, so it is ideal for propeller shafts and in desalination plants. Monel is also unaffected by acids. MM002 is nickel with cobalt/tungsten/chromium and is used for the new generation of turbine blades that are grown as single crystals in special moulds.

A remarkable alloy of nickel is the one it forms with aluminium, nickel aluminide (Ni3Al). It is six times stronger than stainless steel and it increases in strength as it heats up. The alloy nitinol (nickel/titanium) has the ability to ‘remember’ its previous shape: spectacle frames made from nitinol can be bent and twisted and when released they jump back to their original shape.

Nickel is essential to some creatures and is related to growth. It may even be essential for humans, but, if so, we need as little as 5 μg a day. Our daily intake is around 150 μg and the amount in the human body is about 15 μg. Nickel is part of the structure of some enzymes: it is present in baked beans as Jack bean urease, where each enzyme contains 12 nickel atoms.

Nickel can be a health hazard. Close contact with nickel-containing alloys can cause dermatitis. Even the nickel in stainless steel watch straps, jewellery and spectacle frames can result in a skin irritation known as ‘nickel itch’. It is exacerbated by sweat, as the acids dissolve out a little of the nickel.