‘It was key for me that my students felt supported’

Catherine McGinty is a secondary chemistry teacher at Marian College, Dublin. In 2021, she ran a project with the support of Elevating Chemistry to support her Leaving Certificate chemistry class of seven students during the pandemic 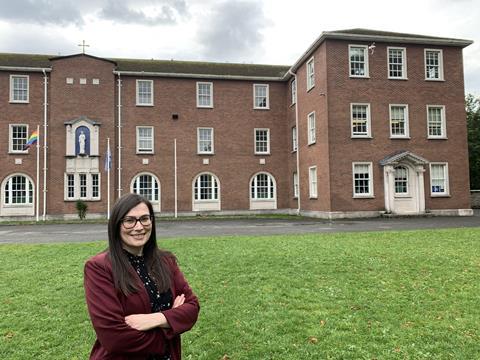 My project involved organising external tuition for my Leaving Certificate students. They lost a large chunk of learning in the previous year due to learning from home for two months and also because there had been a lot of teacher absence during the year.

The idea behind the tutoring was that in class we could focus on covering the course, and then use the tutorials to go through exam questions and cover examination preparation, which was a weakness I had found in the students.

To begin with, we thought we needed to cover as much of the course as possible in class, as we knew they would have an exam, but we didn’t know about the option for giving students predicted grades. So at this time, the tutorials were focussed on exam preparation. When we came back into school two weeks before the easter break we were told about the system of using predicted grades. This meant students would be given a predicted grade. They also had the choice of doing the exam and they would be given their best result.

Having the tutorials also gave me the chance to focus on experiments. Because once I knew we didn’t have to cover the whole course [because of the changes to the exam], and I had the tutorials, it gave me a bit more leeway with time that I could spend with experiments as well.

What were the challenges of carrying out this project?

One of the main challenges was being online. It would have been better in person, but there were no extracurricular activities going on in school this year so we had to do it online. Another challenge was student forgetfulness. Generally, we did get good attendance, but often one or two would forget. The nature of the year also meant that there was a lot of uncertainty and the students were stressed.

How did you go about establishing a good relationship with the tutor, and what would your advice be for other schools?

Initially, I found a few tutors online via a tutoring website, and did some mini interviews with the people I picked out. I really wanted someone who had teaching experience, or who was planning to be a teacher, so the interviews helped me to find this out. I went with Niamh Finnegan, who was doing a four-year science degree with a teaching qualification alongside, which meant she had some classroom experience. She had also been vetted and had background checks, which was important.

Before we started the tutorials, I did a survey with the class where they specified their weaknesses and their availability. I then had a zoom call with Niamh where I went through with her what I wanted to focus on. After initially organising things through the call, we then spoke via email. After every tutorial, she would give me feedback pretty much straight away, and then during the week I would tell her what to focus on. I also had a plan with a timetable of what the tutorial topics were going to be.

So, there was constant communication and at least once or twice a week we’d be in contact with each other.

What was your experience of the intervention?

It was just such a huge relief. Before, I didn’t know how I was going to cover everything, and I was so stressed because I hadn’t taught this chemistry course before – I was learning about the course as I went along. It was great to have someone else there to collaborate with, because Niamh’s been tutoring for a long time and knows the course inside out. It was really nice to know that the students had another available person who knew the course while I was still getting to grips with it.

It was also a huge relief because it meant I had given the students the opportunity to improve, even if they chose not to take it.

They definitely appreciated it. They were really happy that they had this opportunity, and they said it helped them with their confidence. I don’t know how much it benefited the highest achiever, but he still said it was useful, and we weren’t able to stream them.

I did a survey with them, and three students said that the tutorials were very useful, two said they were useful and one said they were slightly useful. Four said they felt more confident in topics after the tutorials, and four said it helped to prepare them for their exams. This was a key thing for me – that my students felt supported, as they felt quite hard done by by the previous year.

On the academic side, they definitely improved (other than the highest achiever who was already achieving the top grade). Their predicted grades have improved, with five of the seven students’ predicted grades improving from when we started, and the other two staying the same.

Will you be continuing with any aspects of the project in 2022?

We’ve done some tutorials with the younger year group this summer, who have also had a really disrupted year. Afterwards, they were coming in and asking questions based on the tutorials. There was this moment at the end of the year when we were doing rates of reaction, and they started linking it to the bonding topic they were doing in their tutorials, and asking all these questions. It was great because we could see that they were learning things from the tutorials.

What was the most beneficial part of taking part in the project?

For both me and the students it was having a bit more support. It gave us the ability to focus on the course in class, and they could do structured revision outside of class. And the structure definitely benefited them.

I think it would have been better in person, but obviously that wasn’t possible this year. Also, find out about any extracurricular activities the students have before setting tutorial times to avoid any clashes. And set aside five minutes during a lesson for students to set alarms and reminders on their phones. Also, correspond with parents.